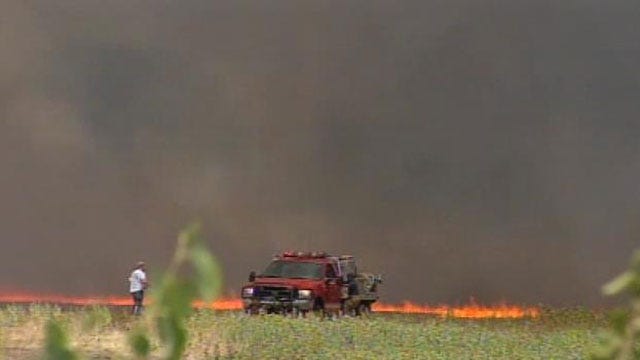 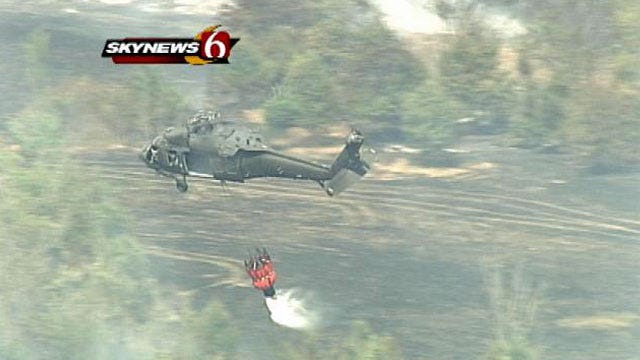 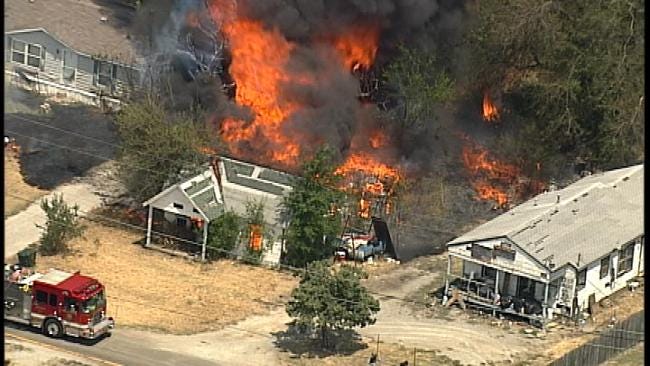 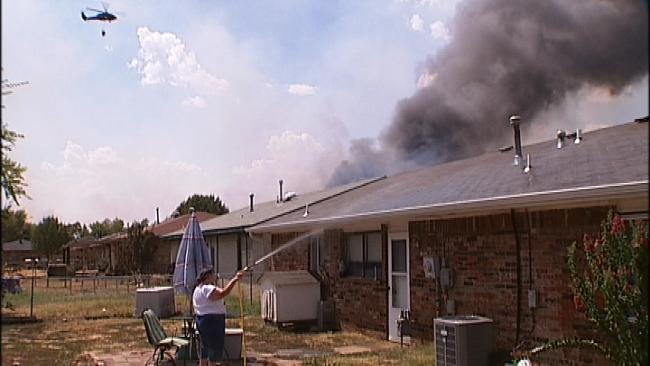 TULSA, Oklahoma -- A large grass fire near Turley that destroyed several homes is finally under control and mostly out, save for a few hot spots. Evacuated residents were allowed to return home around 8:00 p.m. Tuesday.

The fire broke out just after 1 p.m. Tuesday afternoon near 56th Street North and Peoria.

Tim Smallwood with the Tulsa Fire Department told News On 6 the fire started as a grass fire but spread to some structures in the area.

At least 8 homes and barns were destroyed and as many as 17 homes damaged by smoke and fire, according to Smallwood.

"Couldn't see nothing. It was all like that black smoke up there. Didn't even know it was burning til I walked out and seen it," said Turley resident Wayne Willis. "It was just moving so fast, I was just scared to death."

Firefighters and police were going door to door asking residents of a neighborhood at 61st and Lewis and areas in north Tulsa to evacuate.

"My old man called me and told me to get the kids out that there was a fire coming. And it was right there. If our house didn't burn it would be a miracle," said Turley resident Evelyn Holt.

Homeowners joined firefighters in spraying down lawns, roofs, and parched pastures to starve the fire out of fuel.

Red Cross set up a shelter for those displaced by the fire. It's located in the Antioch Baptist Church at 110 W. 56th St. North.

EMSA said they have transported 8 firefighters for possible heat exhaustion. Two civilians were also treated for unknown reasons. All are in good condition, EMSA says.

A National Guard Blackhawk helicopter was called in to dump water on the fire. A nearby business donated a bulldozer, so firefighters were able to cut a path on the back-end of the blaze.

SkyNews6 Pilot Will Kavanagh estimated the fire to be as much as a half mile wide and a mile long at the peak of the blaze.

The intense flames were complicated by the intense heat. Temperatures were above 110 degrees Tuesday afternoon.

Smallwood told News On 6 that firefighters were rotating in and out about every ten minutes to avoid heat exhaustion.

"Because of the heat, we want to make sure the firefighters are staying hydrated," he said.  "It's been a scorcher here this summer."

A burn ban is in effect for most of Oklahoma, including Tulsa County. It's unknown how the fire started.