Rotnei Clarke To Transfer To Butler 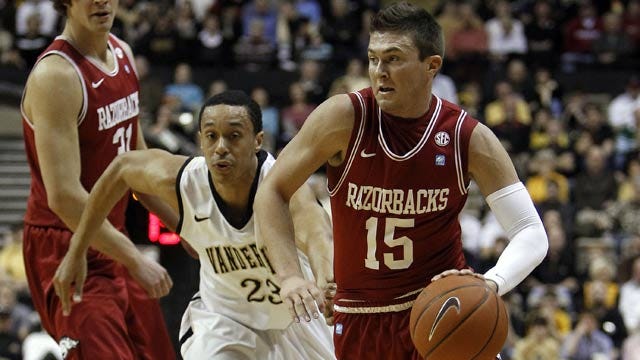 TULSA, Oklahoma -- After meeting with Oklahoma head coach Lon Kruger mid-July, former Verdigris star Rotnei Clarke announced Monday that he would be transferring to Butler rather than playing in Norman.

Clarke played three seasons for the Razorbacks, averaging 14.1 points and shooting nearly 42 percent from behind the arc in more than 32 minutes per contest.

He will have to sit out a season due to NCAA transfer rules, but will be eligible to play for the Bulldogs in the 2012-2013 season.

Rotnei Clarke To Transfer To Butler