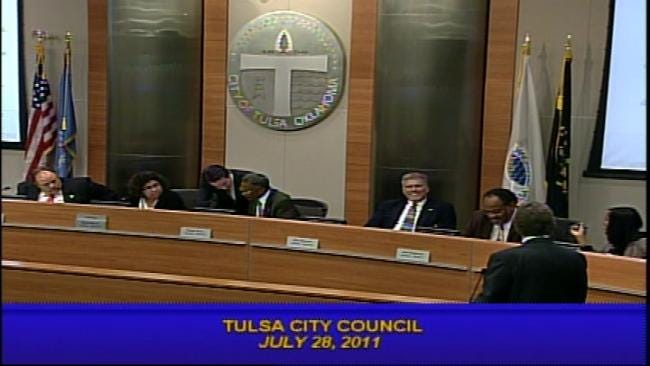 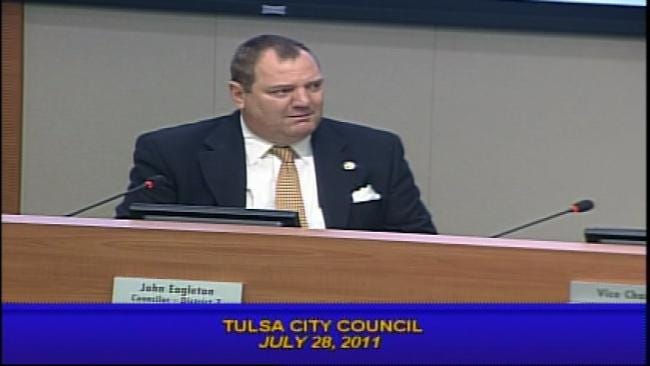 TULSA -- The city council has changed one element of its proposed changes to city government, but the mayor still says he's going to veto the idea.

Mayor Dewey Bartlett said today the council's plan would give a city manager too much power, and eliminate the checks and balances now available under the strong mayor form of government.

The council's plan would strip the mayor's executive authority and make the position an at large member of the council.

Late Thursday the councilors rolled back a salary increase that was part of their plan.

The meeting was terse at times. At one point, Bartlett paused while discussing city emergency services as Councilor Rick Westcott starts laughing. Westcott explains that he is posing for a photo for press secretary Lloyd Wright.

In another exchange, Bartlett faces questioning from Councilor John Eagleton that refers back to Eagleton's accusation that Bartlett improperly accepted money from a private source for public work.