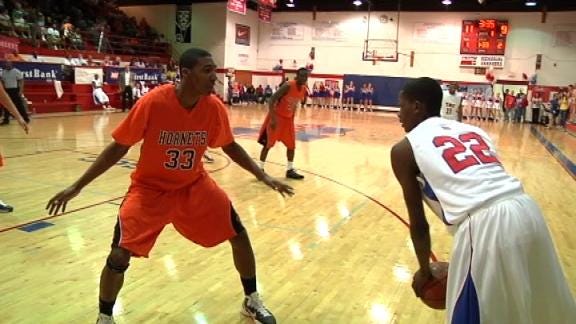 TULSA, Oklahoma – Korey Billbury was the star for the Hornets on Thursday night. Friday, Juwan Parker stole the show on the road in a 72-64 win over the Memorial Chargers. Parker scored 20 points to lead Booker T. Washington to the win.

The Hornets didn’t look sluggish at all on the second night of a back-to-back game stretch. The Hornets scored 39 first half points and led by eight at halftime.

Dah’Quan Royal was nearly unstoppable for the Chargers on offense. The senior scored a dozen first half points on an array of shots. Royal hit threes, spinning layups and floaters in the lane. He set up his teammates as well and helped the Chargers jump out to a 9-5 lead. Royal scored a game-high 21 points.

The Hornets got balanced scoring in the win. The Booker T. boys stayed unbeaten with the victory.