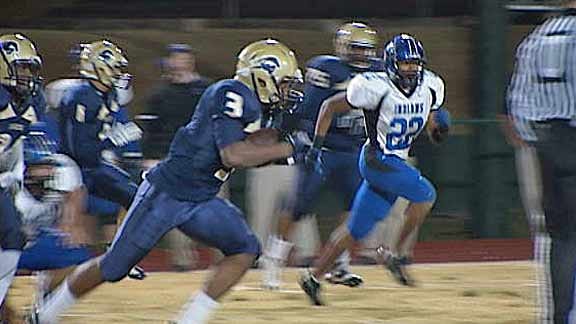 The Chargers got the scoring started early with a 20-0 lead after the first quarter of play.

Heritage Hall junior quarterback Sterling Shepard was injured in the first half of play and never returned to the game. The Oklahoma Sports Player of the Year candidate injured his right hip joint and is on crutches awaiting further examination to determine the severity of his injury.

The Chargers were also without star running back Barry Sanders Jr. who has now missed the last five games with a sprained ligament in his foot.

Overall Heritage Hall had 158 yards through the air and 26 carries for 111 yards while Little Axe had 49 passing yards and 42 carries for 126 yards.