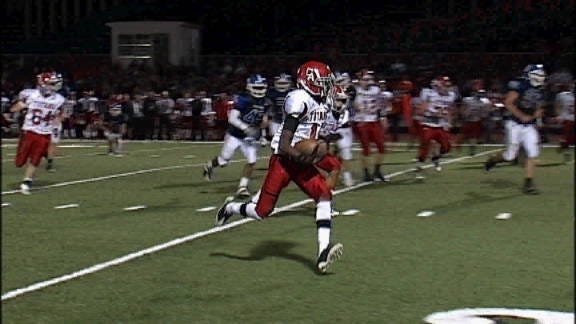 EDMOND, Oklahoma – Carl Albert picked up another impressive win as it broke Deer Creek’s four-game win streak with a 31-7 victory on Friday.

The Titans used big plays early in the game to jump out to a 10-0 lead after the first quarter.

Later in the second, Carl Albert continued to lay it on with a 27-yard touchdown run by Tank Richmond to make it 24-0.

Deer Creek finally mustered one touchdown in the third quarter, but it was not enough as the Titans held on.