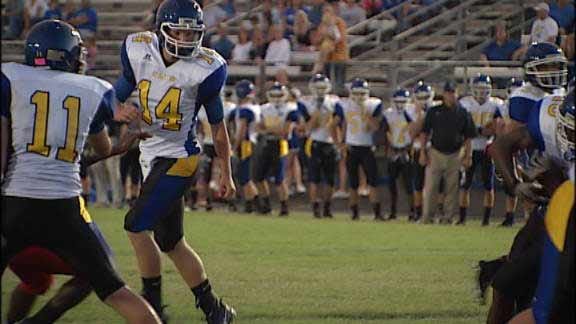 OKLAHOMA CITY -- Both Western Heights and Piedmont were winless heading into week three, but it was the Wildcats who came out on top, earning a 49-12 win over the Jets.

It’s been a rough start for both teams, but Piedmont seemed to shift their momentum in time for the beginning of district play next week.

Piedmont’s quarterback Cole Davis got things started with a hand-off to Trey Todd, who was taken down quick. On the next play, Davis passed to Collin Bricker for a touchdown.

But Western Heights answered back, when quarterback Kenneth Mayfield handed the ball off to junior receiver Alberto Salinas for a nice run. Mayfield then passed it to senior Juwan Cubit for the touchdown.

Despite the Jets’ score, the team couldn’t keep up with the Wildcats. Western Heights hosts Carl Albert in week four, while Piedmont hosts Elgin.