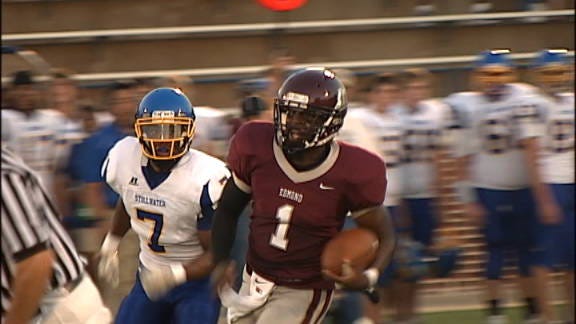 Doolittle had three touchdowns – two passing and one rushing - in the first half, and scored on an 88-yard run on the first play of the second half. He finished with 236 rushing yards and 120 passing yards.

Memorial (2-0) was coming off a 14-0 Edlam victory in week one, and will have another Edlam battle on its hands next week against Edmond North.

Stillwater (0-2) lost to Springdale Har-Ber (Arkansas) in week one and will take on Yukon at home next week.