Clinton Shuts Out Hilldale in Class 4A Quarterfinal 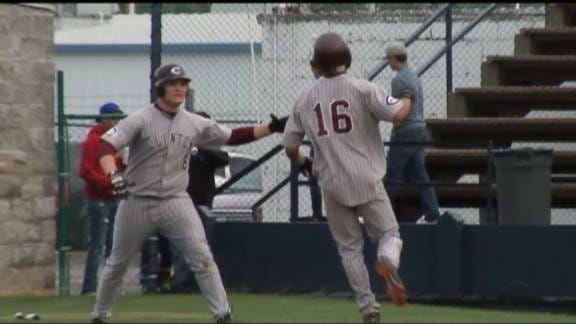 SHAWNEE, Oklahoma -- Clinton's Jonathon Johnson pitched a complete game shutout in the Reds 6-0 victory over Hilldale in the Class 4A quarterfinals. Johnson struck out 11 and gave up five hits.

Jakeb Willoughby hit an RBI double that scored Jarrett Richert and Clinton took a 1-0 lead in the fourth inning. The Reds would score five runs in the bottom of the fifth thanks to Hilldale errors.

Hilldale's Dylan Farley would lead off the top of the seventh with a single, but Johnson struck out the next two batters and then got Miles Jackson to hit a grounder to second for an easy fielder's choice.

Clinton will face the Weatherford at 5:00 on Friday at Shawnee High School.

Clinton Shuts Out Hilldale in Class 4A Quarterfinal