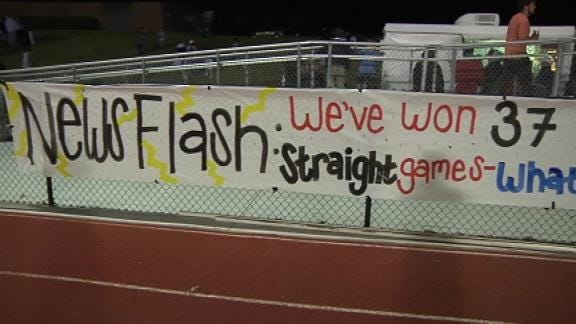 TULSA, Oklahoma -- Cascia Hall (10-0) has more Gold Balls in its trophy cases than many schools have playoff appearances. The Commandos have won the state title four times, including the last two years in a row. It may seem like very little stands in the way of a third straight crown for Cascia, but the team feels like they are still far from another title.

“In the playoffs, anybody can beat anybody,” said Commandos head coach Joe Medina. “It’s just great that we survived the first round.”

‘Surviving’ isn’t a term usually connected with the Commandos in the playoffs. Dominating, crushing, and destroying are a few that typically are used more frequently to describe Cascia Hall’s performances on the field. Round two’s opponent will have to push aside the pressure to pull the upset on the road. Purcell finished the season 9-2 and knocked off Elgin in round one, 28-27. The Dragons may look overmatched on paper, but Cascia Hall expects a tough game Friday night.

“They’re going to give us some speed that we haven’t seen all year,” said Medina. “Our guys have to be able to respond to that.”

The winner moves on to the semifinal round against the winner of Tuttle and Claremore-Sequoyah.