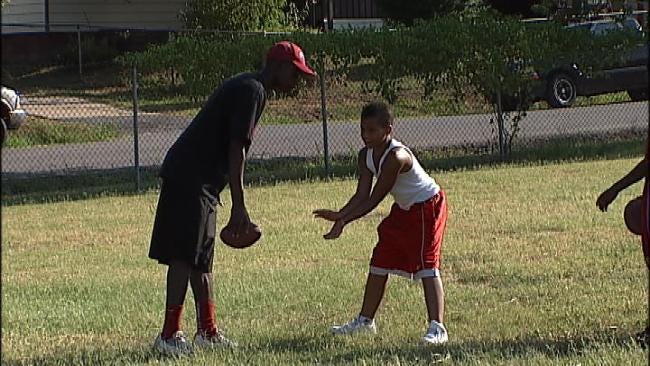 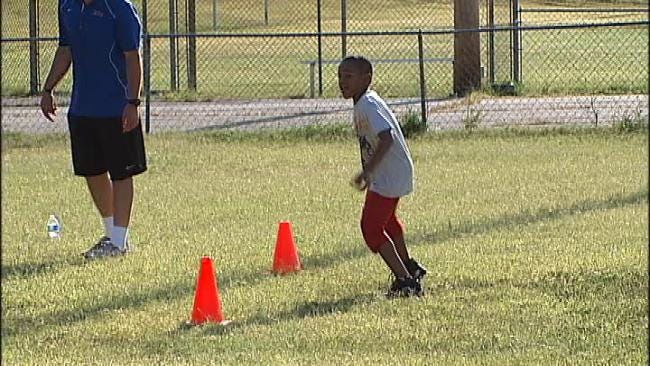 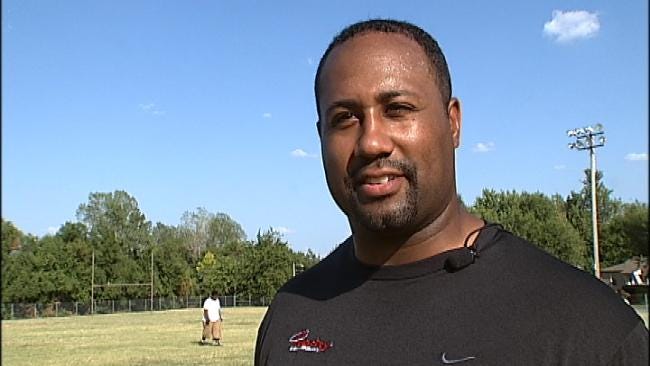 TULSA, Oklahoma -- The heat isn't stopping a stampede of Mustangs here in Tulsa. Kids are learning the fundamentals of football from a former Sooner.

It's the sixteenth year Rocky Bright has held the free Mustangs football camp for kids, and these guys aren't letting the extreme temperatures slow them down.

"The heat affects them, but a lot of times the kids are so competitive that they don't know, they don't notice the heat until it's too late," said Rocky Bright.

"So, it's on the coaches to keep 'em hydrated and make sure they stay safe."

In order to protect the kids from themselves, coaches make them stop every 15 minutes, get something to drink and hang out in the shade for a bit.