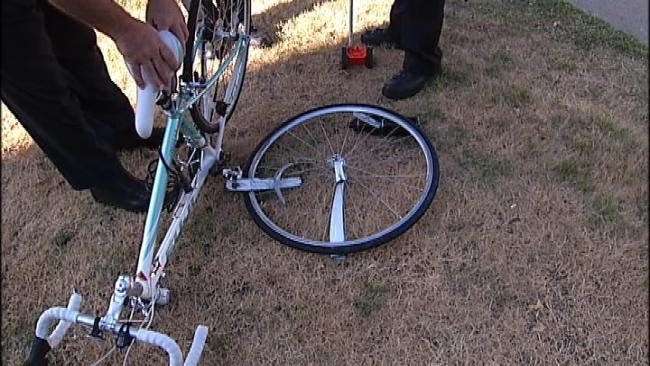 TULSA, Oklahoma -- A female bicycle rider collides with a van Tuesday morning in downtown Tulsa, sending the bicyclist to a Tulsa hospital.

Tulsa Police say the crash happened at 11th and Houston shortly after 8 a.m.

There is no word on the condition of the bicyclist.