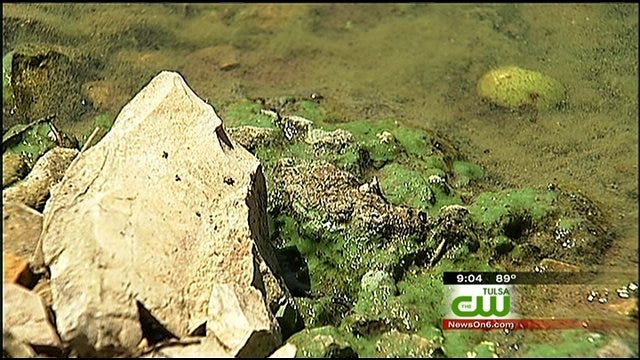 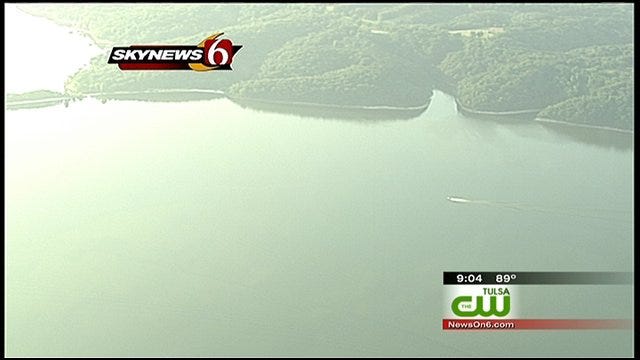 GRAND LAKE, Oklahoma -- Blue green algae is more like a bacteria than a plant. And when it blooms, or multiplies rapidly, it can release one of the most powerful natural poisons known to man.

Green scum lapping at Grand Lake shores and mucking up the surface of the water is more than just an eyesore.

Doctor Blewett says it's a bacteria that grows rapidly during sunny summer days.

"It's really common. It's only a problem, when you have really large amounts of algae. They produce a toxin," he said.

Doctor Blewett says if you can see it, it's likely toxic.

"I would expect the small coves that are still water. They're might be a problem there," Dr. Blewett said.

You should be on the lookout for flu-like symptoms, stomach pain, diarrhea and vomiting.

"just like with any illness, even the flu, older people and younger people are going to be more susceptible to this kind of thing," Dr. Tate said.

"Just don't drink it, don't swim in it. don't let your dogs swim in it," Dr. Blewett said.

For now, you will just have to enjoy being on Grand Lake and not in it, because there's not much else that can be done.

"You can rake it away, but it's a lot of work. And it's kinda smelly. Most people just let it run its course," Dr. Blewett said.

Blue green algae can produce a variety of toxins, affecting the brain, liver or kidneys.