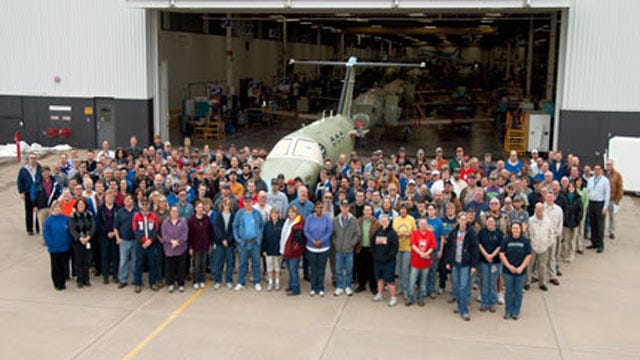 INDEPENDENCE, Kansas -- Cessna is marking the 15th anniversary of its facility in Independence, Kansas where it has produced nearly 9,500 single-engine piston-powered airplanes and more than 350 Citation Mustang business jets.

It also builds the Citation Mustang entry-level business jet there.

The facility sits on a 213-acre site adjacent to the Independence Airport, which is about 85 miles north of Tulsa.

"The roughly 500 Cessnans from throughout southeastern Kansas and northeastern Oklahoma who work at our Independence facility have been instrumental in Cessna maintaining its leadership in the single-engine piston market and in the successful introduction of the Citation Mustang," said Eric Cardinali, senior vice president of Integrated Supply Chain. "Our factory there is very much a family atmosphere, which is apparent in the customer experience and the productivity levels we see in Independence."

The first Independence-produced single-engine piston-powered plane came off the line in November 1996 and the facility delivered its 9,000th in March 2010.