Wrecks On Tulsa's I-44 And Broken Arrow Expressways Slow Traffic 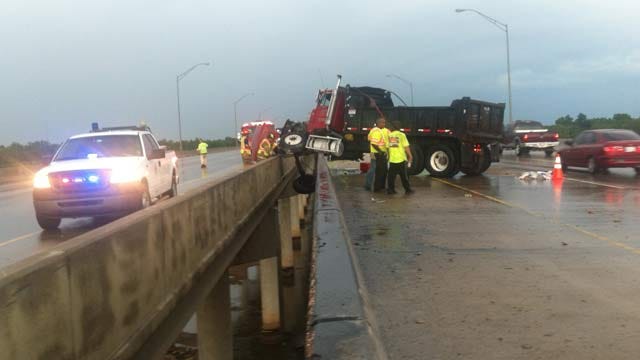 The Oklahoma Highway Patrol says a dump truck struck the inside wall of the I-44 bridge over the Arkansas River, rupturing the fuel tanks of the truck.

OHP says the fuel leaked into the river, so it notified the Department of Environmental Quality and called in the Tulsa Fire Department's hazardous materials team.

Troopers closed down the two inside eastbound lanes of the bridge.  The lanes were reopened to traffic about 2 hours later.

No one was injured in that crash.

A crash involving a semi in the eastbound lanes of the Broken Arrow Expressway just west of Harvard is slowed commuter traffic into the downtown area.

No word on if there are any injuries with this crash.

Wrecks On Tulsa's I-44 And Broken Arrow Expressways Slow Traffic