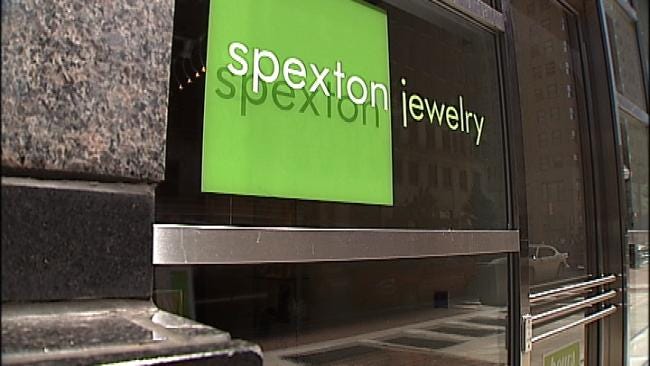 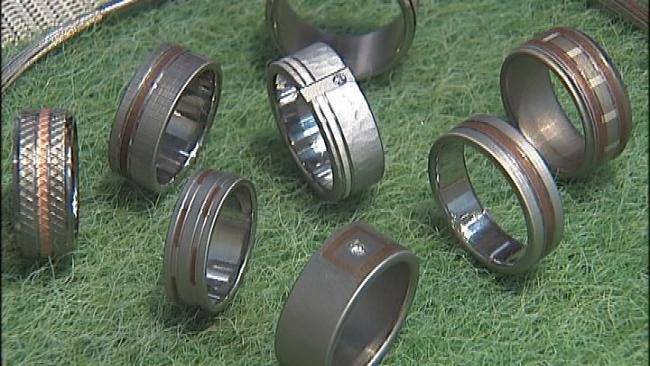 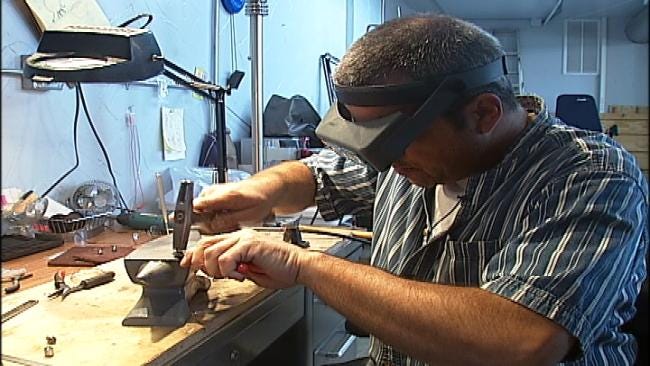 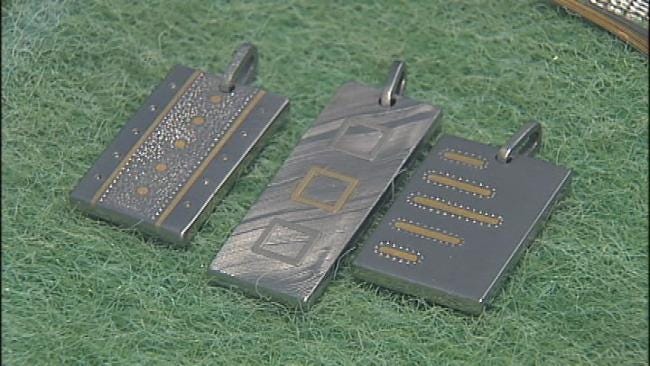 TULSA, Oklahoma -- What can you do with an abandoned ATM location in downtown Tulsa? Not much, apparently, because it was vacant for a long time.

Unless, that is, you are two entrepreneurs who have converted it into downtown Tulsa's smallest jewelry store.

It has got to be downtown Tulsa's smallest retail space that isn't on wheels. Nate McPherson and Greg Shelton moved their Spexton Jewelry business to a former ATM location on Bartlett Square in April.

"It can't be a restaurant, 'cause there's no water," said co-owner Nate McPherson. "It can't be many things, but jewelry's small."

They carry their own custom made things and have added some really popular items. For things they don't have, they've become sort of a jewelry concierge.

"We can open a digital catalog - you can see a piece, and it'll come in the next day," McPherson said.

For almost 10 years they have created a line of unique custom made wedding rings, and other jewelry fashioned from titanium and steel. Many of the pieces have inlaid copper, gold and other metals as well as stones.

They worked out their shop and showroom east of downtown.

We regularly get out-of-state drivers in from Texas, Arkansas and Kansas -.you know the region," said Nate McPherson, one of the owner's of Spexton Jewelry in downtown Tulsa.

What they discovered is that people in Tulsa had never heard of them. So they moved the retail operation into an oversized closet in the middle of downtown and converted their garage at home into the manufacturing operation.

And the move into a room the size of a small bathroom - which by the way they don't have one of - the move has been successful. A growing business is growing even faster, and the smaller space costs much less. They're saving lots.

A couple of years ago Spexton was named one of America's top t10 coolest jewelry stores – coolest and now smallest.

You can find Spexton at Fifth and Boston downtown.