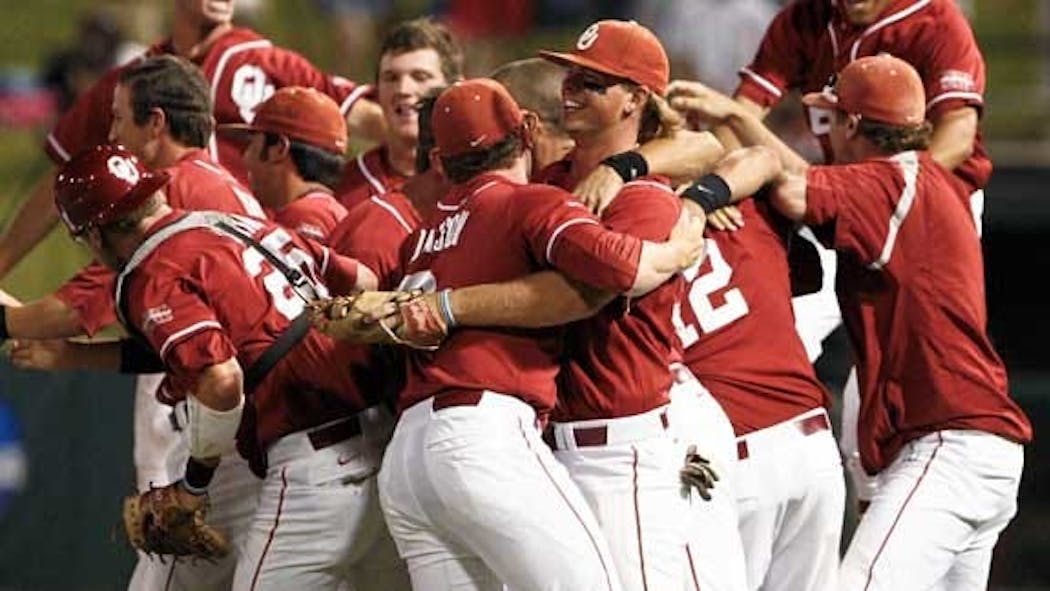 SAN DIEGO, Calif. – The No. 2 Oklahoma baseball team defeated California 5-3 Saturday to earn its 13th straight victory, the best start to a season in program history.

The Sooners (13-0) got on the board in the top of the first inning on a suicide squeeze by Eric Ross, but California responded in the bottom of the inning. The Bears scored two runs – one thanks to a throwing error by pitcher Burch Smith – to take a 2-1 lead.

OU retook the lead in the third inning thanks to an RBI single by Garrett Buechele and added insurance runs in the sixth and seventh. Tyler Ogle scored in the sixth thanks to a walk and two consecutive errors, and Max White drove home a run with a single in the seventh to make it 5-1.

California cut the lead to three with an RBI double by Chad Bunting in the bottom of the eighth, but could not generate any more offense. Jack Mayfield took over on the mound after Bunting’s double and did not allow a hit for the rest of the game to seal the OU win.

Mayfield was credited with a save, and Burch earned the win after holding Cal to two earned runs in 7.1 innings of work. Justin Jones was credited with the loss despite giving up only seven hits in eight innings.

The Sooners recently have seen an increase in the quality of their opponents, which has cooled the torrid pace their offense set to start the season. In its first nine games of the season, OU averaged more than 13 runs per game. In its last four games, it has averaged five runs.

The Sooners will remain in San Diego for their final game of the USD Tournament at noon Sunday against San Diego St., which they beat 4-0 to start the tournament Thursday.