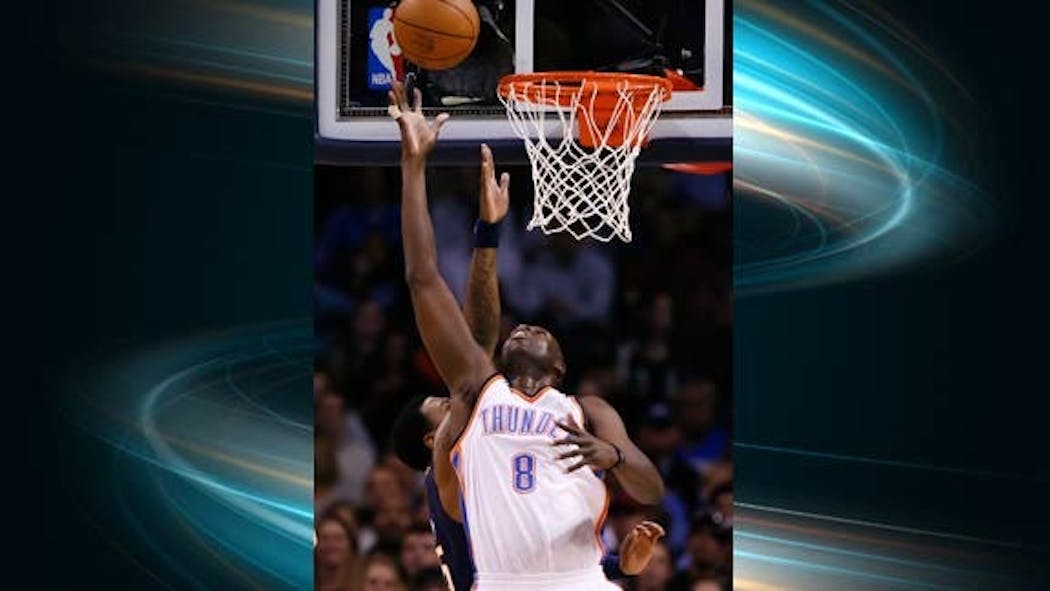 Kevin Durant Injury Update: 'Hopefully I am Ready to Go'

OKLAHOMA CITY -- The Oklahoma City Thunder jumped out to a big lead early and cruised to a 113-89 win over the Indiana Pacers Wednesday, snapping its three game losing streak in the process.

The Thunder the rout started immediately, scoring the contests first 10 points. That quick start expanded to a 21-7 advantage with just four minutes left to play in the first quarter. The Pacers responded with a quick seven points and trailed 27-18 at the end of the first.

Indiana tried to threaten in the opening moments of the second quarter, however the Thunder scored 10 – including seven from James Harden – to take a 40-23 lead three minutes into the quarter. The lead continued to build and a Nate Robinson buzzer-beater made it 63-42 heading into the locker room.

Holding an 81-58 lead with 2:44 left to play in the third quarter, Oklahoma City star Kevin Durant landed on Tyler Hansbrough’s foot on a shot and appeared to roll his ankle. After hitting his free throws, he left the court and went to the locker room with the help of trainers. It was announced that he suffered a sprained left ankle, but no other details were released.

Durant’s two shots were the first of a 10-4 run to close the quarter to head into the final 12 minutes leading 89-62.

Oklahoma City scored the first eight points of the fourth quarter – including back-to-back threes from Daequan Cook and Eric Maynor – to take a commanding 97-62 advantage less than two minutes into the quarter. Another Cook three-pointer two minutes later put Oklahoma City over the century mark on the night.

In a night where every Thunder player scored, Russell Westbrook and Kevin Durant set the game’s high-score mark with 21 points, while Westbrook also added nine assists. Harden added 20 in his 22 minutes off of the bench, with Cook contributing 12, all coming from behind the arc.

Hansbrough led the charge for the Pacers with 13 points and seven boards, with Dahntay Jones scoring 12 and center Roy Hibbert grabbing 12 boards with his nine points.

Oklahoma City takes two days off and then travels to Atlanta to face off with the athletic Hawks at 7:30 p.m. Friday.