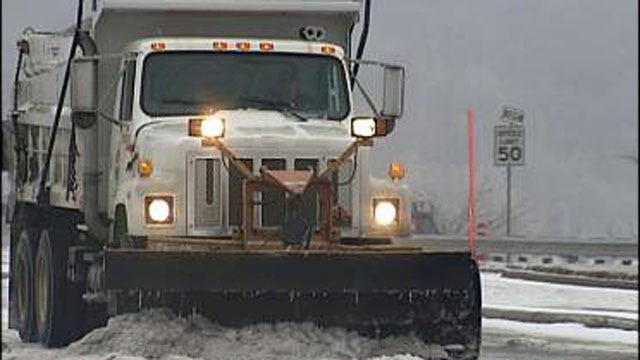 OKLAHOMA CITY, Oklahoma -- Governor Mary Fallin has declared a State of Emergency for all 77 Oklahoma counties as state officials continued their emergency response preparations for a dangerous winter storm heading toward the state.

Because the weather event could include blizzard conditions and possible power outages, emergency management authorities recommended issuing this declaration before the storm arrived so weight and size limits on state roadways could be waived to allow heavy power company vehicles to position themselves across the state.

"The winter storm heading toward Oklahoma has the potential to cause dangerous travel conditions and sub-freezing temperatures," Fallin said. "This disaster declaration will make sure we can prepare for the winter weather ahead of the storm."

The declaration provides a formal mechanism for local governments to seek reimbursement for recovery costs through the state's disaster public assistance program, should conditions warrant. The executive order is also the first step toward seeking federal aid should it be necessary.

"We encourage all Oklahomans to prepare for the storm before it arrives. Make sure you have the proper storm supplies in advance, such as flashlights, batteries, bottled water and non-perishable food," Fallin said.