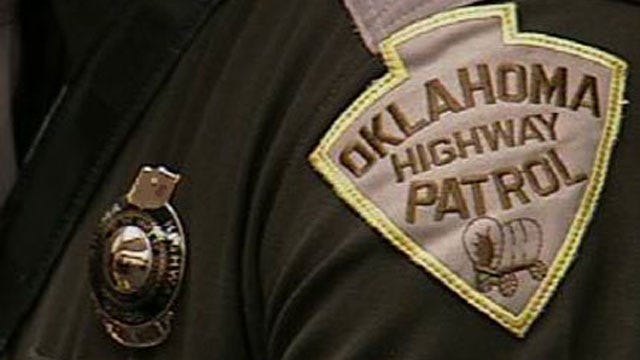 WAGONER COUNTY, Oklahoma -- A Broken Arrow motorcyclist survived a collision with some hay bales at about 5 p.m. Halloween Eve. Ernest Ryan Hamilton, 24, was exiting the Muskogee Turnpike to the westbound lanes of the Creek Turnpike in Wagoner County when he hit the bales, according to a report by the Oklahoma Highway Patrol.

A 1988 International truck, driven by Wagoner resident Kenneth Todd Brown, 40, had dropped about seven round hay bales on the exit ramp. Brown parked off the roadway west of the ramp, and Hamilton hit the hay bales as he took the exit.

The motorcyclist was thrown about 5 feet from his bike and was taken to a Tulsa hospital in stable condition with head and trunk injuries. He was wearing a helmet.

No one in the truck was injured.

The trooper's report listed the cause of the accident as failure to secure load.