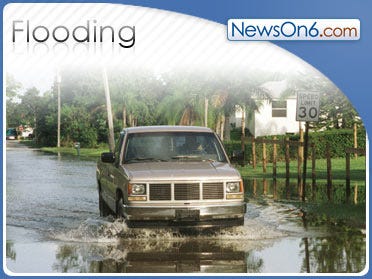 GILBERT, W.Va. – The National Guard is helping residents in West Virginia's southern coalfields recover from weekend flooding that destroyed at least 300 buildings, knocked out power and caused mudslides that flushed trash, debris and at least one mobile home downstream.

Gov. Joe Manchin toured the region and activated 300 Guard troops Sunday on top of the 30 he called up a day before when he declared a state of emergency for six counties, said Division of Homeland Security and Emergency Management spokesman Robert Jelacic.

"Since I have been governor, the damage that was caused by the flash floods and rain is as bad as I have seen anywhere," Manchin said in a statement. "The period of bad weather that hit this region did so with tremendous force and devastation."

Emergency crews, residents and business owners — some covered in mud — assessed the damage in Gilbert and used shovels to clean up after downpours dumped several inches of rain Friday and Saturday. On the road leading to the town of about 400 people, a mobile home broke loose Saturday and floated a quarter-mile before it was split in half by a poplar tree.

"It was floating down the street like someone was driving it," said her husband, Milton Johnson, who was laid off last week from Massey Energy's Superior surface mine.

Johnson, 56, said he was awakened about 2:15 a.m. Saturday and within an hour, the couple and his 79-year-old mother, whose trailer next door was uprooted by rushing floodwaters, were forced to seek shelter on a nearby hillside. Johnson, whose home has flood insurance, said he's lived in Gilbert his entire life and this is the first time he's been flooded.

No injuries have been reported and seven miners trapped underground because of high water were able to walk out of the Mountaineer Alma mine near Wharncliffe on Sunday morning, Jelacic said.

Manchin said officials are trying to get water and sewer systems back up and running soon.

The road in front of Gilbert Furniture was stacked high Sunday with lounge chairs, couches and refrigerators. Nineteen years ago, the store's former location next door was flooded by nearby Gilbert Creek. The new building was built 3 feet higher.

The force of the floodwaters "blew the doors off their hinges," said Ricky Hatfield, who has worked 30 years at the store his parents own.

The high water mark is 2 feet up the wall and the store's mud-stained contents are a total loss. But Hatfield said the family had flood insurance and plans to rebuild the store that has been around for 65 years because business has been good.

Over at Tattoo Joe's, owner Joe Hinkle didn't have flood insurance for the business he's run for seven years.

"I can't salvage anything at all," Hinkle said. "It breaks your heart, you know? You work for years and in one night, it's gone."

Gilbert Mayor Vivian Livingood estimated 80 percent of the town's businesses were affected by high water. Donations of money, supplies and food were pouring into the town, Livingood said.

She said residents were advised to boil their tap water first before drinking because mud got into the water system, although the water plant is working.

The National Weather Service in Charleston predicted a 20 percent chance of rain into Monday.

In the Midwest, about 88,000 customers in Illinois and Missouri were still without electricity, days after a wave of deadly storms socked the region. Ameren electric said Sunday evening that 40,200 of its customers remained without power in Illinois, down from the some 68,000 immediately after Friday's storm.

The storms were blamed for at least seven deaths in Illinois, Missouri, Kentucky and Kansas. Governors of Kentucky, West Virginia and Illinois declared emergencies or disasters in several counties.

More than 15,000 customers in eastern Kentucky had no water because lines were broken or washed away and almost 6,000 had no power.