Looking Out For Number One: Xavier Henry 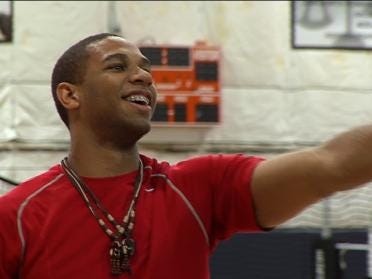 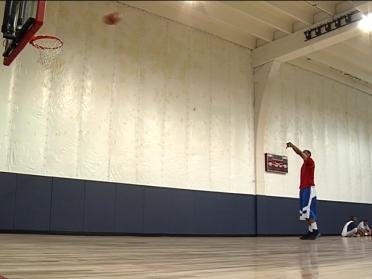 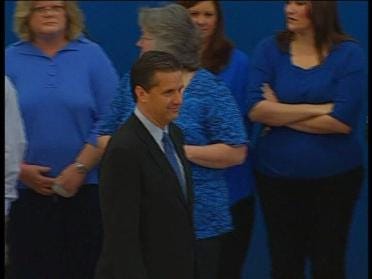 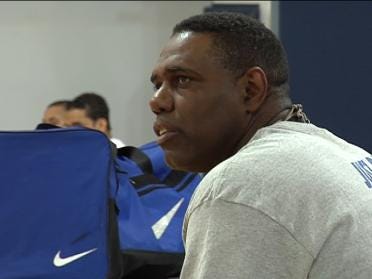 OKLAHOMA CITY -- His smile is as priceless as his shooting touch. For top-recruit Xavier Henry, it's all about hoops and happiness.

"When I'm enthusiastic, it makes everything easier," Henry said. "I don't even try to get mad, upset - I just try to be as positive as I can be and everything will work out."

But based on everything that has happened to Henry lately, it would be easy for that smile to turn into a scowl. He was set to join his brother C.J. at Memphis, along with a bevy of other top basketball players. But when Tigers coach John Calipari left for Kentucky, everything changed.

"It was bad when coach Cal left," Henry said. "It was just a shock to all of us. We thought we were set going to Memphis. He had a dream too and his dream was Kentucky, so I can't be mad at him for it."

Henry was granted his release from Memphis on Tuesday. That same night, he was shooting hoops at an Oklahoma City health club, all while rumor mill was running that his father Carl was going to be named the director of basketball operations under new Memphis coach Josh Pastner.

"You hear that I got a job and I really haven't talked to nobody," Carl Henry said. "I mean, it's been real crazy."

"I can see how they'd say, ‘he's leaning towards here or leaning towards there, but when they catch me off guard and say my dad got a job somewhere, that kind of makes you mad," Xavier Henry said. "There's nothing true about that. I don't know, stupid stuff like that makes me mad, but other than that I don't even listen to it."

Now the recruiting as well as rumors continue for the country's top high school player. Henry's situation is a little more complicated because he and brother C.J. want to play on the same team. C.J. walked-on and medical-redshirted at Memphis, but was ready to play next season. If he transfers, he has to sit-out a year, according to NCAA rules.

"I didn't care a bit about playing with him - I always thought it'd be cool and stuff," Xavier Henry said. "Then once I got a chance to think about it and think my family would stay together and we would play together, that was 90-95% of my priority - playing with my brother."

The pair could be playing together at Kansas, Kentucky or Memphis next season. Both parents went to KU and Carl played basketball there.

"That would be my dream to have them play at Kansas," Carl Henry said. "But if they choose something different, they choose it, not me."

"That'd be my mom, dad, aunt, if my brother can get out of his thing with his stuff to deal with, that'd be like my whole family going to KU," Xavier Henry said. "I'm sure it'd be a big tradition, but I don't know, we'll have to see."

But for now, it's all basketball business while putting on the blinders.

"When it comes to all them reporters like USA Today and all those people - just leave them alone - we need to handle our business first."

And you probably won't from Xavier - but you could probably get a smile out of him.

XAVIER'S OCTOBER CAR ACCIDENT THAT SIDELINED HIM UNTIL JANUARY

"I've never been sidelined like that. I broke something in my face, I had to take a lot of time off, they said I couldn't play, so I couldn't get out there.  It was a real hard time.  It was hard to eat, hard to talk, so I don't know how I got through it, but my family helped me." - Xavier Henry

C.J. GETTING TO PLAY WITH XAVIER NEXT SEASON

"We've been dealing with the NCAA, going through different people and hearing different stories and it's yet to be worked out.  I'd say two or three weeks and we should have it all together and we should be able to come as a family and say what you guys think they're going to do and pick their school." - Carl Henry

SINCE JOHN CALIPARI GOT HIRED AS KENTUCKY'S COACH

"Hectic, phone calls -- phone's ringing off the hook all day.  People making up stories about our family and what we've been doing. I don't even know -- it's a lot to handle, but we do it in a good way. We just don't pick up our phone a lot of the time." - Xavier Henry

"First I have to work this summer, then once I get that out of the way I have pre-season. Then I have college.  After that, it goes from there." - Xavier Henry

"He hasn't reached his goal yet. His goal is to play in the NBA and he hasn't even played college yet.  I tell him all the time you have a lot, a lot of work to do." - Carl Henry