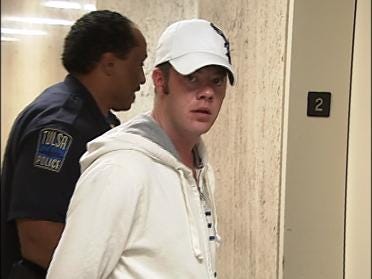 TULSA, OK -- Another bank robber pleaded guilty on Monday.   Christopher Rodman was charged in the first two bank robberies of the year.

Both happened on January 8th, one was at a Valley National Bank and a Bank of America.

Rodman was arrested the next day based on a Crime Stoppers tip.   Investigators say when they arrested him; Rodman was carrying another robbery note in his pocket.

He was sentenced to 20 years for each robbery.