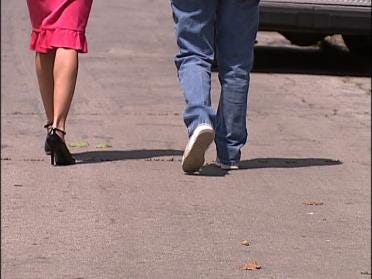 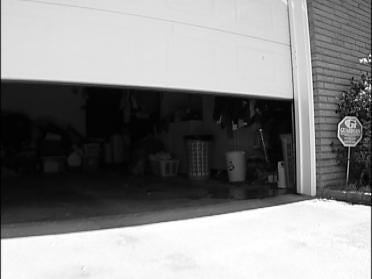 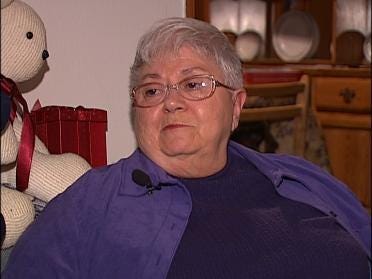 A violent robbery forever changed the life of a Tulsa woman.  The robbers knocked her head into the side of her car, and then grabbed her money and cell phone.  At the time, doctors thought she only had a concussion.  News On 6 crime reporter Lori Fullbright reports it was much worse than that.

A neurologist told the woman she has a skull fracture and a brain injury.  She's only 46, but has had two strokes since the robbery and now her speech is affected.  Even worse, doctors tell her the injury could cause her death at any moment.

The victim doesn't want to be identified because the robbers haven't been caught.  Talking about last December's robbery still brings her to tears.

She'd come home from the bank, with her freshly cashed paycheck and Christmas bonus, pulled into her garage and as she got out, two men slammed her head into the side of the car, grabbed her wallet and phone and left.

"It hurts every day, never goes away. I have to live with it. It's very hard sometimes, very hard," said the woman.

Her mother says doctors have told them her daughter's damaged skull could shift at any time and she could die and there would be no warning.

"She could lay down and take a nap and never get up, today, tomorrow, a year from now, she doesn't know," said Barbara, the victim's mother.

Because of that, her daughter must limit her activities, although she has now returned to work.  Still, the medical bills are into the thousands.  While there are two men out there who caused all of this who have suffered nothing.

"These two, whoever they are, who committed a theft, are going to end up being murderers and I think they should pay for what they did," said Barbara, the victim's mother.

Both robbers spoke only Spanish, were dirty and smelled of alcohol.  One was heavyset with longer hair.  The other was skinny and had a goatee.

Police say they never used her cell phone and while they did use her card on the Internet, they could never trace it.

Anyone with information about this case should call Crimestoppers at 596-COPS.  A cash reward is being offered for information in the case.