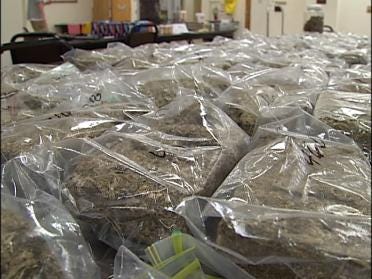 Marijuana valued at close to a million dollars is off the streets in Tulsa County.

Tulsa County Sheriff's Office narcotics deputies confiscated a major haul on Monday.  The nearly 400 pounds of marijuana was found during a raid at a north Tulsa home Monday evening.