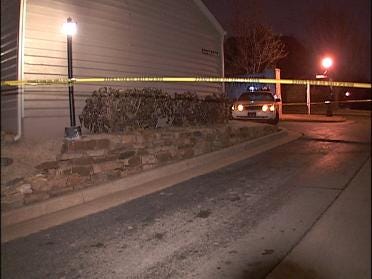 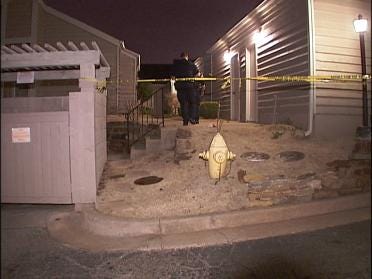 Tulsa Police are looking for two suspects who robbed and assaulted a 25-year-old man with a machete at his south Tulsa condo late Sunday.

The victim told police, two men he didn't know, came into his unlocked condo in the 3100 block of East 91st Place South and tried to assault him. He says they threw dumbbells at him, but missed.

The victim grabbed his gun and fired two shots, but only hit his mattress.  The suspects took away his pistol, beat him and stabbed him in the foot with a machete.  The victim says the suspects were demanding to see a safe and ransacked the entire condo in the 30 minutes they were there.  They left, and the man told police officers, he went to a neighbor to call for help, leaving behind a trail of bloody footprints.

Tulsa Police say the victim's pain pills were taken and so was his gun.