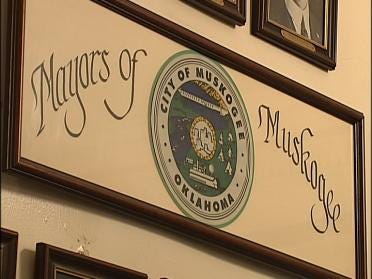 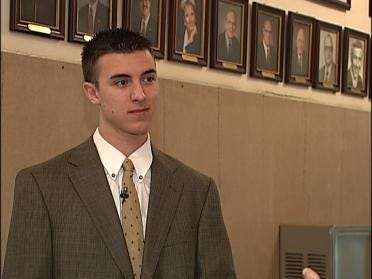 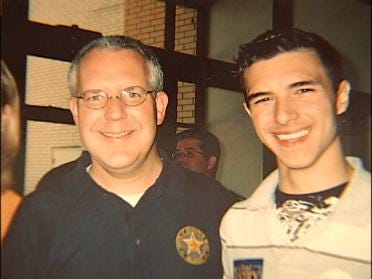 You may keep hearing that young people are more interested in politics during this election cycle.  A 19-year-old Muskogee college student is taking that one step further.  The News On 6's Steve Berg reports while most teens have trouble voting for mayor, 19-year-old Tyler Hammons is running for Mayor of Muskogee.

There's no doubt whatsoever that Tyler Hammons is sold on Muskogee.

Now he'll try to sell Muskogee on him, or maybe the idea that a 19-year-old can be Mayor.

"My generation is a generation that's often thought of as being disinterested in the world around us.  And I think that's not true.  I'm interested.  All my friends are interested.  I think this is the way I can make a difference," said Hammon.

Hammons was bitten by the political bug during a high school American History class.  One of his political idols, Teddy Roosevelt, who Hammons is quick to point out, was the youngest President.

"If you read his autobiography, just his passion for everything he did.  And I really admire that about him," said Hammon.

And Hammons brings the same kind of enthusiasm for public service.  He had his parents take his picture when he registered to vote the day after his 18th birthday.

You may wonder why the day after?

Because his birthday was on Labor Day and the Election Board was closed.

He definitely doesn't sound like a 19-year-old.  In fact, his biggest doubter was one of his friends.

"One of my friends, I plain up asked her, Regan can I run for Mayor, can I be Mayor, and she was like, no Taylor, you can't," said Hammon.

But he didn't mind.  He says it keeps him grounded.  He says the hardest part will not be getting people to believe in him, but in politics.

"Get people believing again, believing in government.  Believing that city hall can do something," said Hammon.

There have actually been younger mayors in America.  Hillsdale, Michigan elected an 18-year-old mayor in 2005.