Presidential Candidates Out For Delegates 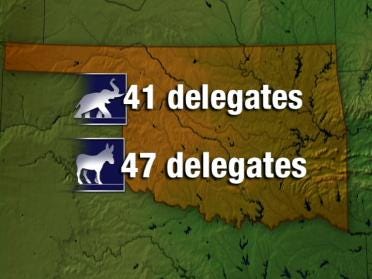 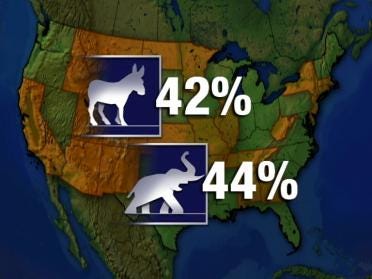 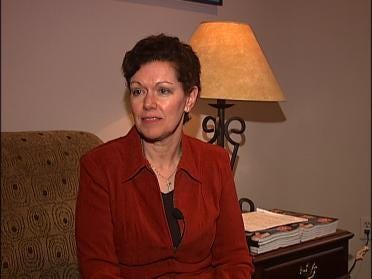 Super Tuesday isn't just about winning states, it's more about getting delegates. The News On 6's Latoya Silmon reports some states are winner-take-all and others follow a more complicated formula.

Voters in more than 20 states, including Oklahoma, headed to the polls on Tuesday. Almost 3,000 delegates are up for grabs. That's about 42% of Democratic delegates and 44% of Republican delegates.

Larger states tend to be delegate rich, while smaller states are delegate poor. In Oklahoma, Republicans hope to score 41 delegates and Democrats are after 47 of them.

"You don't have as many delegates as larger states would have, but you always have a voice. Voting is always important whether there's one delegate or 1,000 delegates; it's always important," said Nancy Rothman with the Republican Women's Club of Tulsa Co.

In Oklahoma, there's no such thing as winner take all. Delegates are divvied up based on state-wide vote and the winners in the state's five congressional districts. Nancy Rothman has been a Republican delegate before and hopes to be part of the state convention this year.

It's a responsibility Rothman said no one should take lightly.

"My grandparents came from another country where they did not have these rights. So, I feel that no matter what you want to vote, whether it's Democrat or Republican, it's a very important process and it's a gift and it's an honor," said Rothman.

Experts say because of the tight race between Democratic candidates, Hillary Clinton and Barack Obama, the race could be decided at the National Convention. If those delegates are split, the decision will be up to super delegates. Unlike other delegates, they don't have to side with the popular vote.

Presidential Candidates Out For Delegates