Robbery Suspect Draws Attention To Himself With Apparent Bomb Threat 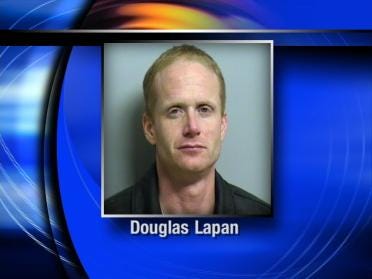 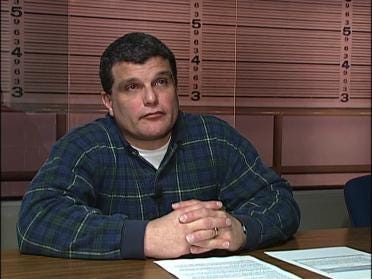 Police in Tulsa catch a robbery suspect.  The case is unique because of the way officers caught the man and what they found in his car.  News On 6 crime reporter Lori Fullbright reports if someone has been committing crimes, the last thing they want to do is call attention to themselves.  But, police say that's exactly what this suspect did when he called 911 and told them there were bombs planted at the police stations.

Anytime you call 911, they have your phone number and so it wasn't that hard for police to track the bomb threat back to the person who made it.  Officers were doing surveillance on the man and when he left his house, they pulled him over, but he didn't want to give up, so he took off.  After a short chase, they say he wrecked his car into a fence.

"He still wouldn't give up and was rocking the car back and forth, back and forth, trying to escape. The officer felt threatened by that movement and shot the tire out," said Tulsa Police Sgt. Dave Walker.

When they finally got him out of the car, police found what they call a robbery kit inside. It was things that could be used to conceal your identity. They found a mask.  They found gloves.  They found sunglasses.  And something that gave the officers a chuckle, they even found a fake mustache.

"I don't know many people who have a fake mustache in their car. I know I don't," said Tulsa Police Sgt. Dave Walker.

They say they items made them start thinking of the recent Subway restaurant robberies.  And, Douglas LePan matches the description of the robber, too.  That led to a search warrant on his house and detectives found clothing that matched the robber's.

"The suspect in this case is hitting right around closing time, demanding cash. Sometimes, he's hanging around beforehand. It's a pretty strong case for us," said Tulsa Police Sgt. Dave Walker.

And police say they were able to close in on the suspect because he made a bomb threat aimed at the police.

When asked why he did it, the officers say LePan was just trying to impress his girlfriend.

Right now, LaPan is being held for making a bomb threat, some traffic violations and previous misdemeanor warrants.