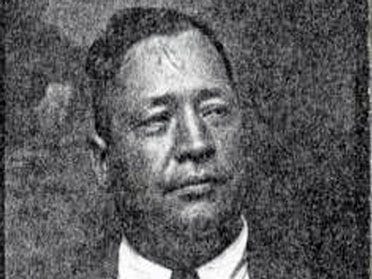 The only U.S. Supreme Court decision that specifically dealt with the right of the people to keep and bear arms, is about to get a second look.  News On 6 anchor Scott Thompson reports the high court is going to take up a new Second Amendment case.  When it does, it may turn a small-time hood from Oklahoma into a household name.

During the Great Depression, the only thing more common than dust storms in Oklahoma may have been criminal legends.  Charles "Pretty Boy" Floyd was the subject of a song written by Woody Guthrie.  Hollywood immortalized Clyde Barrow and Bonnie Parker in the movie "Bonnie and Clyde."  Machine Gun Kelly earned the FBI's title of "Public Enemy Number 1."

But none of them can claim the distinction Claremore's Jack Miller can.

"Yes, this obscure figure in Oklahoma history that people know very little about was a major figure in a U.S. Supreme Court case," said author and historian R.D. Morgan.

Morgan writes non-fiction books about Oklahoma outlaws in the 20's and 30's, and the lawmen who tracked them down. He says Jack Miller's claim to fame is a surprising one.

"I'm sure today he would be just absolutely shocked that he would be famous or infamous for a Supreme Court ruling," said R.D. Morgan.

Morgan says Jackson "Jack" Miller spent a lot of time in the gambling halls in and around Claremore.

"He was a flamboyant character, drank too much, certainly involved in the bootlegging trade for a while. He was a big talker, an exuberant personality," said R.D. Morgan.

So how did a con man from Claremore end up with his name on a landmark Supreme Court decision?  The journey began when he joined the Irish O'Malley gang, and started carrying a sawed-off shotgun.

"The O'Malley gang was the last of the big super gangs of the 1930's, they had robbed over a dozen banks," said R.D. Morgan.

Jack Miller liked to carry his shotgun while working as the gang's lookout and getaway driver.  Their crowning achievement came in 1934, when they robbed the Okemah National Bank and the 1st National Bank of Okemah simultaneously.

"Of course, a double bank robbery is a rare occurrence, a successful one in American history," said R.D. Morgan.  "Investigators dubbed the Okemah robberies as one of the slickest pair of robberies in the history of the state."

The feds eventually tracked down every member of the O'Malley gang, and granted Miller immunity so he'd testify against them.  But that's not what committed Miller's name to history.  Jack Miller's name ended up in the U.S. Supreme Court, thanks to his sawed-off shotgun.  He and a friend were arrested for transporting it across state lines, after driving from Claremore to Arkansas.

A lower-court judge sent it directly to the U.S. Supreme Court.

Congress had passed the National Firearms Act to target gangsters and the weapons they used.  It required a $200 tax stamp on Tommy guns and sawed-off shotguns.  Since Jack Miller and his buddy hadn't bothered to buy one of those stamps, they gave the High Court its first chance to rule on the issue of gun control.

"Not only is their name immortalized in this case, but what the Supreme Court said about their case is now sort of likely to play a role in this case at the top of the national headlines," said Michael O'Shea.

The U.S. Supreme Court overruled the lower court, voting unanimously to uphold the National Firearms Act.  Oklahoma City University law professor Michael O'Shea says many experts are surprised the "United States versus Miller" ruling has held up so long.  It was written by James Clark McReynolds, one of the least popular justices in history, a man not known for writing thoughtful opinions.  Also, Jack Miller's attorney didn't bother going to Washington D.C., to argue for his client.

"Yeah, especially to decline to even file a brief on your client's behalf.  You know, that's, it could be argued that that was, you know, legal malpractice," said Oklahoma City University professor Michael O'Shea.

And O'Shea also says the decision didn't answer most of the questions surrounding the Second Amendment.

"The fact that it sort of carefully throws in all these, has the minimum amount of analysis and just kind of throws in this grocery list of citations to authorities that point in different directions making it clear that, you know, everybody's got something to grab onto to support their view," said Michael O'Shea.

The incident that preserved the United States versus Miller decision happened under what is now Oologah Lake.  Before the case could be sent back to the lower court, Miller's bullet-riddled body turned up on the bank of Spencer Creek in Rogers County.  He apparently died at the hands of a fellow robber, as did his U.S. Supreme Court case.

"The case went away, and for the next, you know, nearly 70 years, no gun control case got no constitutional challenge to gun control got to the Supreme Court," said Michael O'Shea.

For the last seven decades, Miller has rested in this grave in Claremore, forgotten by just about everyone but legal scholars and historians.  One of those historians believes that would be okay with the shotgun-toting getaway driver and snitch.

"The law was something I'm certain Jack Miller never thought much about, except how to get out of jail," said author and historian R.D. Morgan.

Jack Miller's case will make headlines again in about a month, when the U.S. Supreme Court finally takes up another Second Amendment challenge to gun control.  It's a case called D.C. versus Heller, and centers on the handgun ban in Washington, D.C.