With their 21st win in 22 games, the relentless Rockies beat the rattled Arizona Diamondbacks 6-4 in Game 4 Monday night to sweep the NL championship series at chilly Coors Field.

With their delirious fans waving brooms and towels, the Rockies joined the 1976 Cincinnati Reds as the only teams to start a postseason with seven straight wins. The Reds won all seven of their playoff games, beating Philadelphia and then sweeping the Yankees in the World Series.

Colorado has won 10 in a row overall and lost only once since Sept. 16.

``It was fun, this has been a great ride. We're not done yet,'' said Rockies first baseman Todd Helton, the face of the franchise who cradled the last out in his glove, looked to the heavens and punched his arms into the air as Eric Byrnes splayed out on first base, a tad late to save the D-backs' season.

The Rockies have a record eight days off before opening the World Series at either Cleveland or Boston on Oct. 24. The Indians lead the ALCS 2-1.

``They're hotter than anything right now,'' Arizona third baseman Mark Reynolds said. ``And if they keep rolling and keep getting big hits from their players, I give them a shot to beat anybody.''

Series MVP Matt Holliday hit a three-run homer into the pine-filled rock pile in center field that capped a six-run outburst in the fourth inning, and the wild-card Rockies, born as an expansion team in 1993, were on their way to their first World Series.

``It's unbelievable. I never dreamed I'd have this opportunity,'' Holliday said. ``With this group of guys I'm so excited to be a part of it. This MVP award goes 24 other directions.''

Just one strike from postseason elimination on the final weekend of the season, the Rockies have become a charmed team that seemingly cannot lose. This marked the sixth straight year a wild-card club reached the World Series.

Colorado had never won more than 83 games before going 90-73 this season and sneaking into the playoffs with a 9-8, 13-inning win over San Diego in the wild-card tiebreaker _ rallying for three runs against career saves leader Trevor Hoffman.

After sweeping Philadelphia in the first round of the playoffs, the Rockies put a purple pummeling on a D-backs club that finished with the best record in the league.

``Once the sting of this subsides, we'll be able to reflect that we did have a great year,'' Arizona manager Bob Melvin said.

Ahead 6-1, the Rockies withstood Chris Snyder's three-run homer in the eighth. Chris Young doubled with one out in the ninth off closer Manny Corpas, but Stephen Drew popped out on a 3-0 pitch.

Byrnes followed with a checked-swing grounder that shortstop Troy Tulowitzki charged. His throw beat Byrnes' headfirst dive, and Helton threw his arms in the air, a decade of disappointment finally forgotten.

``I'm not going to lie, my mind wandered a little bit,'' Helton said. ``You've got to refocus. Sometimes you'd like to be a fan in that situation and sit back and enjoy it. You can't.''

Corpas earned his second save of the series and fifth in the postseason.

The Rockies are the first team since the 1935 Chicago Cubs to win at least 21 of 22 after Sept. 1, according to the Elias Sports Bureau.

``There comes a point in time when a team is no longer hot, they're simply good,'' Arizona's Tony Clark said. ``And I think that's what we saw with Colorado.''

Before this season, the Rockies had just one postseason victory, back in 1995, when they were eliminated by Atlanta in the first round.

Now, they're riding into the World Series with astonishing momentum _ and to think, with two weeks left in the season, they stood in fourth place in the wild-card race and knew they had to win just about all their games to have a shot at extending their season.

Reliever Matt Herges, who resurrected his career in Colorado this summer, pitched two hitless innings for the win, and the Rockies' stellar bullpen closed it out _ but not before Brian Fuentes allowed Snyder's homer.

With the Rockies trailing 1-0 with two outs in the fourth and runners at second and third, Hurdle made a bold move: He pulled his starting pitcher, rookie Franklin Morales, for a pinch-hitter.

Hurdle didn't have to worry about burning his bullpen because Game 5 wouldn't have been until Wednesday night. So he sent up rookie Seth Smith, who had only eight career at-bats when he was placed on the playoff roster.

Smith fell behind 0-2 in the count against rookie Micah Owings, then blooped a 1-2 pitch down the left-field line. Like everything else this October for the Rockies, it fell in the perfect place and ended Owings' streak of 19 scoreless innings.

``In the box score it'll look like it rattled the wall,'' said Smith, whose two-run double put Colorado ahead 2-1.

The Rockies caught another break when Arizona first baseman Conor Jackson couldn't catch Willy Taveras' easy grounder. The error set up Kaz Matsui's run-scoring single _ the eighth RBI of the postseason for a player once cast off by the New York Mets.

Holliday sent the sellout crowd of 50,213 into a frenzy when he drove Owings' slider over the center-field wall to make it 6-1.

Morales allowed one earned run on five hits in four innings. Though he didn't get the win, the Rockies improved to 8-2 in his 10 major league starts.

Owings, the first pitcher since Whitey Ford in 1953 to have two four-hit games in a season, lived up to his .333 batting average by legging out a single in the first and coming around to score on Jackson's two-out single in the third.

The Rockies went 2-1 against Boston this season, outscoring the Red Sox 20-5 in a June series at Fenway Park. Colorado last played Cleveland in 2005, getting swept in a three-game set at Jacobs Field.

As the Rockies celebrated on the field and the white NL pennant was raised up the flag pole, their delirious fans rocked the stadium.

``I've sat through a lot of miserable Rockies seasons. But this? I'm dreaming,'' said Jim Hartman of Denver, a season ticket holder since the team's inception. ``I can't tell you how many pinch me moments I've had in the last month.''

And none of them beat this unbelievable night.

Notes: Arizona hadn't lost four straight game since a five-game slide July 4-8. ... The D-backs went 4-for-27 with runners in scoring position in the series. ... The Rockies trailed in just two of the 38 innings. ... Holliday leads all players in the postseason with four home runs. ... Colorado's starters posted a 1.66 ERA. ... Corpas leads all closers in the playoffs with five saves. 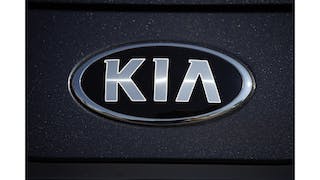 CBS News Kia is recalling more than 410,000 vehicles in the U.S. to fix a problem that can stop the air bags from inflating in a crash. 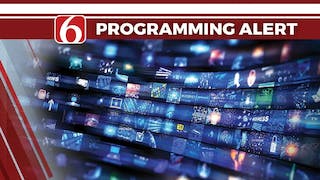 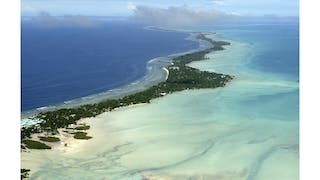 COVID Hits One Of The Last Uninfected Places On The Planet

Associated Press When the coronavirus began spreading around the world, the remote Pacific archipelago of Kiribati closed its borders, ensuring the disease didn’t reach its shores for nearly two full years. 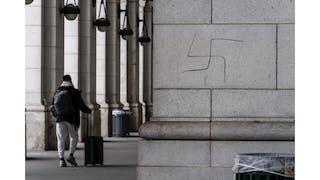 Associated Press Vandals spray-painted dozens of swastikas on the outside of Union Station, the central hub for regional train transportation in the nation’s capital. 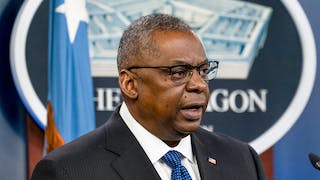