Considered all-but-out of contention just 2 1/2 weeks ago, Philadelphia overcame a huge deficit in the standings, caught New York and won their first National League East title since 1993 on the final day.

Moyer (14-12) was sharp. The crafty left-hander allowed one unearned run and five hits, striking out six. He baffled hitters with a typical mix of offspeed pitches and barely 80-mph fastball.

Tom Gordon, J.C. Romero and Brett Myers finished it off with 3 2-3 scoreless innings.

Rollins singled leading off the bottom of the first against Jason Bergmann (6-6). He stole second and third and scored on Chase Utley's sacrifice fly to give the Phillies a 1-0 lead.

At New York, Tom Glavine was tagged for seven runs in the first inning and New York completed its horrendous collapse with a season-ending loss to Florida.

New York's loss coupled with Philadelphia's win over Washington gave the division title to the Phillies and sent the stunned Mets home for the winter wondering how they squandered a seven-game cushion over the final 18 days of an excruciating season.

The seven runs matched the most Glavine (13-8) allowed in an inning during his 21 years in the majors, the Elias Sports Bureau said. He also gave up seven to Colorado in 1996. It also was the second-shortest start of his brilliant career _ and perhaps his last.

At Denver, Matt Holliday set up Colorado's go-ahead, three-run burst in the eighth inning, Manny Corpas held off Arizona's ninth-inning rally and the Rockies forced the first tiebreaker for a wild-card spot since 1999.

Brad Hawpe drove in three runs as the Rockies won their 13th in 14 games. San Diego and Colorado will play Monday at Coors Field for the final playoff spot in the majors. The Padres plan to pitch ace Jake Peavy. The Rockies will start Josh Fogg.

Holliday went 1-for-3 and is hitting a league-leading .340. He leads Atlanta's Chipper Jones by three points for the batting title and will win the crown provided he doesn't go 0-for-5 on Monday.

At Milwaukee, Brett Tomko had a shaky start, and San Diego failed in its second chance to wrap up the NL wild card.

After losing two straight in Milwaukee, the Padres head to Colorado to play the Rockies on Monday night, sending Jake Peavy to the mound against Josh Fogg.

Milwaukee pushed across two in the fourth, chased Tomko (4-12) during a four-run fifth and added three more in the sixth on a bases-loaded triple by Gabe Gross.

Doug Brocail threw a tantrum in the dugout after giving up Gross' sixth-inning triple, knocking equipment off a shelf and winging his hat to the floor.

At Houston, Craig Biggio doubled in his first at-bat and scored in the first inning of his final game for Houston in front of a record crowd at Minute Maid Park.

Biggio, who played his entire 20-season career in Houston, became the 27th player to reach 3,000 hits on June 28. He announced his retirement a month later, and will leave as the franchise's all-time leader in games, at-bats, hits, doubles and total bases.

Chipper Jones, who came into the game trailing Matt Holliday by one point in the batting race, went 0-for-3 to fall to .337.

Biggio tipped his beat-up helmet to another standing ovation in the first inning before doubling off the left-field scoreboard off Buddy Carlyle (8-7), who gave up three runs and five hits in four innings.

At Cincinnati, Alfonso Soriano set Chicago record with his 14th homer in September, and the NL Central champions headed into the playoffs following a loss that amounted to a light workout.

After clinching their first division title since 2003 in the series opener, Chicago used the last two games to rest and get ready for the ones that will matter.

The Cubs will open the playoffs on Wednesday at Arizona, with Carlos Zambrano and Ted Lilly pitching the first two games.

Joey Votto drove in a career-high five runs and hit a three-run homer off closer Ryan Dempster (2-7) in the fourth inning, helping the Reds end a seven-game losing streak on the final day of their losing season.

Zito (11-13), who signed a seven-year, $126 million contract last winter, had a disappointing first season with the Giants. But he was on his game in the finale, retiring 18 of the first 20 Los Angeles batters while his teammates built a 9-0 lead.

Zito allowed five hits including three singles by Matt Kemp and a two-run homer by pinch hitter Delwyn Young. The 29-year-old left-hander walked none, struck out four and finished with a 4.53 ERA.

At Pittsburgh, Skip Schumaker went 5-for-5 and drove in two runs and St. Louis won its fifth in a row by beating last-place Pittsburgh.

The Cardinals tied a major league record held by two other clubs by using 10 pitchers in a nine-inning game. The combined 18 pitchers was also a record, breaking the record of 16 set on multiple occasions.

Last year's World Series champion Cardinals got hot much too late _ their 1-4 start was a forewarning of what was to come _ as they ended 78-84 and third in the NL Central. The Pirates dropped their final four and 13 of their final 15 to go 68-94. 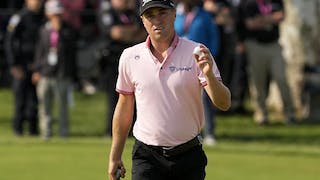 News 9 Justin Thomas claimed the 2022 PGA Championship at Southern Hills after hitting two birdies and a par during a playoff with Will Zalatoris Sunday evening. 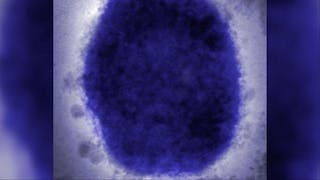 Biden Says Monkeypox Cases Something To "Be Concerned About"

CBS News President Biden said Sunday that recent cases of monkeypox that have been identified in Europe and the United States were something "to be concerned about." 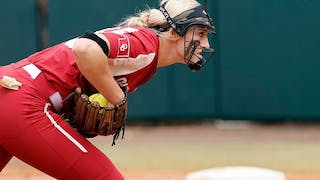 Drake Johnson The Oklahoma Sooners are headed to the Super Regionals for the 12th straight time under Patty Gasso after a 20-0 run-rule victory over Texas A&M in the regional final. 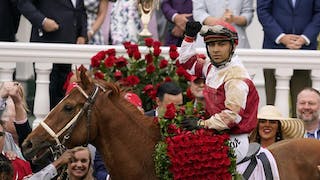 Associated Press Twelve hours before Early Voting won the Preakness, Kentucky Derby champion Rich Strike was back on the track at Churchill Downs to begin preparations for the Belmont Stakes.

Associated Press Leaders of the Southern Baptist Convention, America’s largest Protestant denomination, stonewalled and denigrated survivors of clergy sex abuse over almost two decades while seeking to protect their own reputations, according to a scathing 288-page investigative report issued Sunday. 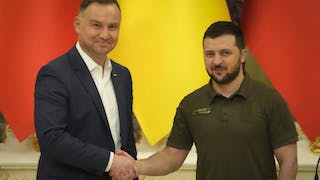 Associated Press Russia pressed its offensive in eastern Ukraine on Sunday as Poland’s president traveled to Kyiv to support the country’s European Union aspirations, becoming the first foreign leader to address the Ukrainian parliament since the start of the war.
View More Stories