THURMONT, Md. (AP) â€” The Middle East peace talks at Camp David collapsed Tuesday over rival claims to East Jerusalem. Disappointed, President Clinton said he tried several approaches during 14 days of intensive negotiations but could not come up with a solution.

``They couldn't get there; that's the truth,'' Clinton said at the White House.

Despite the failure, Israeli Prime Minister Ehud Barak and Palestinian leader Yasser Arafat pledged to continue their efforts to resolve the issues that have divided their people for 52 years.

``This is agonizing for both of them,'' Clinton said at a hastily arranged news conference. ``I think they both remain committed to peace. I think they both will find a way to get there if they don't let time run away from them.''

Clinton, Arafat and Barak met for a final time Tuesday morning, shortly before the official announcement that the talks had collapsed. A photograph released by the White House showed all three looking grim.

``Israel was ready to bring an end of the conflict for a painful price, but not at any price,'' Barak said at a news conference. ``On three things we cannot make concessions: on security for Israel, on the holiness of Israel, and the unity of the nation.''

Arafat left the talks without talking to reporters, but a top aide, Saeb Erekat, said he was confident the differences between the Israelis and Palestinians could be overcome.

``The alternatives to a peace agreement are very ugly,'' said Hassan Abdel Rahman, the PLO's representative in Washington.

Clinton's own time to arrange a historic settlement could be running out. With less than six months left in office, his legacy as a peacemaker rested on the summit talks at the presidential retreat in Maryland's Catoctin mountains.

He was skeptical of bringing Barak and Arafat back to Camp David for another try, but said peace was the goal, not which American president helped achieve it between two people destined to live side by side and to share ``a common future.''

The Israeli and Palestinian delegations said in a statement they intended ``to continue their efforts to conclude an agreement on all permanent status issues as soon as possible.''

They also said they understood the importance of avoiding unilateral actions â€” an implicit pledge by Arafat not to declare a Palestinian state outside negotiations with Israel.

And, in a gesture to Arafat, the statement said the only path to peace was resolutions adopted by the U.N. Security Council after Middle East wars in 1967 and 1973. These call for Israel to relinquish territory won from the Arabs in exchange for secure borders.

Arafat several times has said he would declare statehood if no agreement was reached by Sept. 13, a deadline set by him and Barak.

Tayeb Abdel Rahim, a top Arafat aide, blamed Barak for the failure, saying he entered the talks with his ``no's.''

``The Israeli position was the cause of failure,'' he said.

Clinton credited both sides with seeking a compromise on the future of Jerusalem, but suggested Barak took bolder steps than Arafat.

``The Palestinians changed their position, they moved forward,'' Clinton said, lifting the veil of secrecy he had imposed on the details of the negotiations. ``The Israelis moved more.''

At another point, Clinton said, ``Prime Minister Barak showed particular courage, vision and an understanding of the historical importance of this moment,'' and Arafat ``made it clear that he, too, remains committed to the path of peace.''

Abdel Rahim said Arafat would tour Arab countries and urge them to convene a summit of foreign ministers to work on a unified Arab position.

Barak, at a news conference, warned: ``If there will be a unilateral declaration, we will be forced to make unilateral acts of our own.''

A senior U.S. official said at the State Department: ``We will not support unilateral moves. Our focus will continue to be on good-faith negotiations.''

Israeli sources portrayed Barak as far more generous, offering at first municipal control of some Arab neighborhoods and then proposing Palestinian sovereignty over them.

Rahman told The Associated Press that Israel's offer of limited sovereignty was unacceptable and a ``nonstarter.'' He said the Palestinians insisted on sovereignty over the entire Old City.

The collapse occurred overnight, as Clinton engaged in another protracted session with Israeli and Palestinian negotiators.

At 3 a.m. Tuesday, Arafat sent a letter to Clinton saying he saw no point in continuing because the Israeli position on Jerusalem could never lead to an agreement, Palestinian sources said.

``If you ask me, 'Did they make enough progress to get this done?' Yes,'' Clinton said. ``But they've got to go home and check, they've got to feel around.

``I feel that we have the elements here to keep this process going. ... I think it can happen,'' Clinton said.

Reaction to the breakdown was quick.

``This failure is another indication that the only choice we have is resistance,'' said Hamas leader Sheik Ahmed Yassin. ``Only by force are we able to retain our rights. ... We are ready to become martyrs, and we say one short sentence: They will pay a high price if they think to attack us and reoccupy the land.''

Barak had vowed never to divide Jerusalem, which Israel reunited in the 1967 Six-Day war by forcing Jordanian troops to surrender the Old City.

At the same time, he offered a series of concessions from the outset, including transferring much of the West Bank to the Palestinians, dismantling of most Jewish settlements and permitting thousands of Palestinian refugees to live in Israel.

That cost Barak the support of three political parties that had been in his government.

Former Prime Minister Benjamin Netanyahu said in a prime time news conference before the talks broke down that Barak must reject any deal that would call for sharing sovereignty over Jerusalem with the Palestinians. Netanyahu said he wanted to avert a ``ripping apart'' of Israeli society. 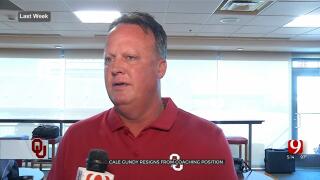 What's Next For Sooner Football After Cale Gundy's Resignation

News 9 Cale Gundy announced his resignation from the Sooner football staff after nearly 25 years. News 9 Sports Director Dean Blevins has more on Brent Venables' latest statement and where the Sooners go from here. 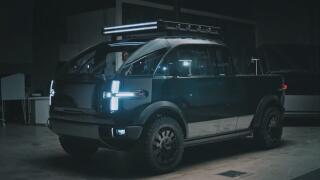 Canoo Reports Millions Of Dollars In Losses For 2nd Quarter 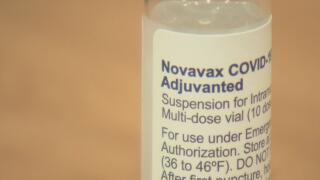 News On 6 Monday was the first day the VA in Oklahoma started offering the Novavax vaccine for COVID-19. 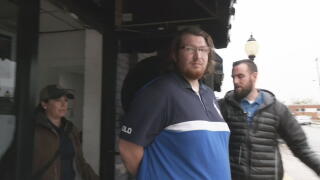 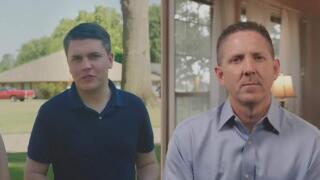 Emory Bryan Both candidates in the second district congressional race are complaining about the influence "dark money" has had on the campaign. The complaints from both Avery Frix and Josh Brecheen started during the primary and continue now that it's down to a runoff. 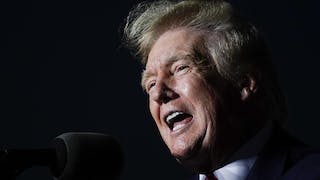 Associated Press Former President Donald Trump said in a lengthy statement Monday that the FBI was conducting a search of his Mar-a-Lago estate.
View More Stories