In Washington, President Bush met Friday with his top ally in the war, British Prime Minister Tony Blair, and warned of increased violence in Iraq.

Armed militants in Mosul attacked the main headquarters of a key Kurdish political party and assassinated a senior police officer as the governor asked for security forces to stabilize the situation.

Saadi Ahmed, an official with the Patriotic Union of Kurdistan, said an hour-long gun battle broke out Friday between gunmen and the guards at the main headquarters. Guards killed six attackers and captured four others before the rest fled.

On Thursday, guerrillas attacked at least five police stations and political party offices there in what could be a bid to relieve pressure on their allies in Fallujah.

``We asked the central government in Baghdad (for reinforcements) and God willing they should arrive today,'' he said. Kashmoula said he believed ``there's infiltration among some (security) apparatuses from the saboteurs.''

In addition, four Iraqi National Guard units were redeployed from bases near Syria, Gouran said. The units consist of Kurds who used to be in the Kurdish peshmerga militia before being incorporated into the government's security force.

The massive reinforcements indicated the security situation in northern Iraq threatened to spiral out of control.

Gouran also said gunmen tried to storm a food distribution center in the Yarmouk area of Mosul but were forced back by National Guardsmen and security guards. The gunmen were trying to destroy election registration cards held at the center, Gouran said.

The city's anti-crime unit chief, police Brigadier Mowaffaq Mohammed Dahham, was gunned down near his house, which then was burned down, police officials said on condition of anonymity.

Samarra's police chief, Taleb Shamel, told The Associated Press that he, too, was fired. There was no confirmation from the Iraqi government in Baghdad because offices were closed Friday, the Muslim day of rest and worship.

Shamel said no reason was given, but his city has seen clashes between insurgents and the Americans since the coalition reclaimed it in September.

Army and Marine units moved to tighten their security cordon around the besieged city of Fallujah, backed by FA-18s and AC-130 gunships.

The largest pocket of remaining resistance fighters were cornered Friday in the city's southwest as airstrikes and strafing runs continued.

Iraqi forces are charged with searching every building in Fallujah, working from north to south, the military said.

Time magazine Baghdad bureau chief Michael Ware said in an interview that troops of the 2nd Battalion, 2nd Infantry Regiment who spearheaded the first push into the city early Monday found entire houses that were booby-trapped.

Fighting was so fierce that, on one occasion, U.S. troops fought insurgents room to room, just a few feet away from each other in the same house.

Troops have cut off all roads and bridges leading out of the city and have turned back hundreds of men trying to flee the city during the assault. Only women, children and the elderly can leave.

The military says keeping men aged 15 to 55 from leaving is key to the mission's success.

``If they're not carrying a weapon, you can't tell who's who,'' said an officer with the 1st Cavalry Division.

Since the offensive started early Monday, 22 American troops have been killed and about 170 wounded, of which 40 returned to battle, Sattler said. About 600 insurgents have been killed, the military said.

In April, Fallujah militants fought Marines to a standstill during a three-week siege, which the Bush administration called off amid public criticism over civilian casualties.

The current offensive was begun so the government could hold national elections in January, although Sunni clerics have called a boycott to protest the Fallujah operation.

Many, if not most, of Fallujah's 200,000-300,000 residents fled the city before the assault. It is impossible to determine how many civilians not involved in the insurgency were killed.

Commanders said they believe 1,200-3,000 fighters were in Fallujah before the offensive.

At a U.S. camp outside Fallujah, Maj. Gen. Richard Natonski, commander of the 1st Marine Division, said the operation was running ``ahead of schedule,'' but he would not predict how many days of fighting lay ahead.

Militants have been using mosques as military strongpoints, he said.

``In almost ever single mosque in Fallujah, we have found an arms cache,'' Natonski said. ``We have found IED-making (bomb-making) factories. We have found fortifications. We've been shot at by snipers from minarets.''

Natonski also said he visited a ``slaughterhouse'' in the northern Jolan neighborhood where hostages were held and possibly killed by militants. He described a small room with no windows, two thin mattresses, blood-soaked straw mats and a wheelchair apparently used to transport captives.

U.S. officials believe the al-Qaida-linked terror movement of Abu Musab al-Zarqawi, who claimed responsibility for many of the kidnappings and beheadings of foreign hostages, used Fallujah as a base. They said they believe al-Zarqawi may have slipped away before the offensive.

Also, a Fox News reporter embedded with India Company of the 3rd Battalion, 5th Marine Regiment said the unit found five bodies in a locked house in northwest Fallujah on Wednesday. All were shot in the back of the head. Their identities were not known, although there were indications they were civilians, the report said. 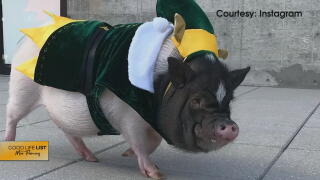 News On 6 On this week's Good Life List, Mia Fleming takes us along on an adventure with some unique pets. 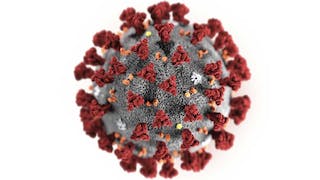 News On 6 Forty virus-related deaths and 2,443 coronavirus cases have been added to the state’s count since May 19, according to weekly numbers released by the Oklahoma State Department of Health. 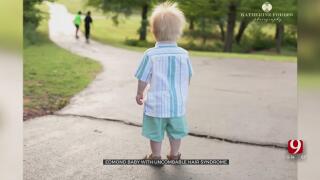 Colby Thelen Every parent feels their child is one in a million, but for one boy in Edmond it’s backed up by statistics. A rare genetic mutation gives him a unique style. 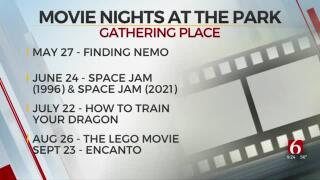 News On 6 People out at Tulsa's Gathering Place are getting ready for a summer of entertainment. The park will be showing family-friendly movies with games for all ages from now through September. 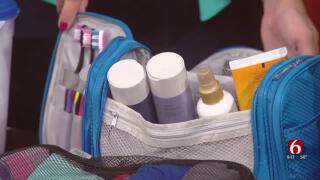 News On 6 Memorial Day weekend is the unofficial start of summer and families across the U.S. are preparing to head out on those seasonal road trips.
View More Stories