Officer Patrick Stephens
On March 31st, officers with the Tulsa Police Robbery Task Force apprehended two Logan County robbery and shooting suspects. The men had shot the victim in the leg, stomach and head, and were in critical condition when Logan County requested Tulsa Police assistance. Even though the Robbery Task Force physically arrested both men, the arrests would not have been possible without the work of Officer Patrick Stephens finding them. Officer Stephens relentlessly tracked the suspects for two weeks, working closely with law enforcement in Logan County and the Oklahoma Bureau of Narcotics. Officer Stephens got a search warrant and received information from cell phone providers with surveillance equipment loaned by OBN, which pinpointed the suspects' location within a few square miles. He made things happen that had never been done before, which gave Logan County and OBN a positive image of the Tulsa Police Department and helped get two dangerous criminals away from the public.

Officers Josh Dupler and Andrew Mackenzie
On January 29th, 2006, Officers Josh Dupler and Andrew Mackenzie were monitoring the parking lot at the Image Club on East 21st Street South as the crowd was leaving. Security told them a man was in a car, holding a rifle out the window. The parking lot was full of people and the two officers knew a felony take-down was too dangerous so they walked up to the car and took the two occupants into custody. They recovered a loaded SKS assault rifle with a 30 round clip and ballistics vest from the vehicle. Security later told them the man had gotten into an argument with a group earlier and planned to shoot at them in the parking lot. They undoubtedly stopped a heinous crime.

Sgt. Virgil Litterell
On March 7th, 2005, Officer Don Arent was driving by the First and 10 Sports Bar on East 11th Street when the manager flagged him down and said a masked man had entered the bar and fired a shotgun round into the ceiling, then robbed the 15 customers. Officer Arent heard a second round fired inside the building. Officers began to respond and take up tactical positions. Then, the suspect grabbed a woman hostage and went out the back door, trying to get to his van. Sgt. Virgil Litterell saw the suspect turn sideways to get into the van, in order to pull the hostage in with him. Sgt. Litterell fired his AR-15 patrol rifle toward the suspect through the rear, driver's side large glass window of the van. The round hit the suspect and stopped him from leaving with the innocent woman. Sgt. Virgil Litterell ended a dangerous, volatile criminal situation and most likely saved the hostageâ€™s life.

Officer Brent Sanders
On the evening of May 4th, Tulsa Public Schools invited Officer Brent Sanders to a reception at Edison High School where he was awarded the Tulsa Public Schools Award of Excellence. Heâ€™d been nominated by Rogers High School Principal Teena Whitsel who said Sanders was without a doubt, the best School Resource Officers assigned to Tulsa Public Schools. He was known for counseling students in a mentorship role, while also maintaining an authoritative presence. He was also honored for taking ownership of his schools and his innovative approach to dealing with problems. No telling how many young peopleâ€™s lives he has turned around by his thoughtful, dedicated approach to his work.

Officer Gina Tuell and Sgt. Brandon Watkins
On October 30, 2001, Uniform Division East 3rd shift was briefed on the murder of Pawnee County Sheriff Dwight Woodrell. Officers received a vague description of a truck that might have been involved. Officer Gina Tuell located a truck that fit the description and stopped it for a tag violation. The driver was arrested for a paraphernalia charge, who than stated he had information about the murder. After further interrogation Sgt. Dave Brockman, Cpl. J. Ward and Officer T. Wilson were called for assistance. They interrogated informants and did surveillance of a motel room. Sgt. Brandon Watkins saw the suspect, James Taylor, exit the motel room and took him into custody. They developed John Ridgeway as a witness and located him. Taylor was convicted on March 6, 2006 of murdering Sheriff Woodrell. These officers took very little information and successfully caught a dangerous killer in a very short period of time.

Officer Keziya Thomas
On October 11th, Officer Keziya Thomas was walking to her apartment when she heard an alarm coming from a near by apartment. Officer Thomas discovered the apartment was full of black smoke and knew children as well as adults lived there. Officer Thomas called for the fire department, and then tried to make contact with the residents. When nobody answered, she forced her way into the smoke filled apartment. The smoke was overwhelming, but Officer Thomas got a towel from a concerned neighbor, placed it over her face and entered the apartment again. Officer Thomas found a burning pan in the kitchen and removed it. She checked every room to make sure it was empty. This example of her personal courage is a testament to her character.

To return to the main 'Tulsa's Heroes story, click here. 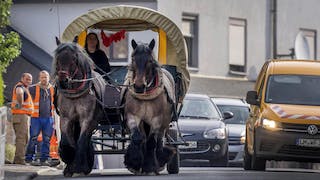 Associated Press Stephanie Kirchner’s journey to work has got longer but, she says, cheaper: she has left her SUV at home and switched to real horse power. 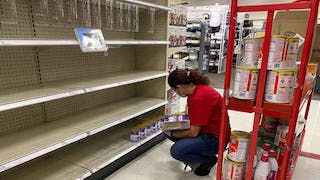 FDA Head: Baby Formula Factory Could Reopen By Next Week

CBS News The head of the Food and Drug Administration told lawmakers Thursday that a shuttered baby formula factory could be up and running as soon as next week, though he sidestepped questions about whether his agency should have intervened earlier at the plant at the center of the national shortage. 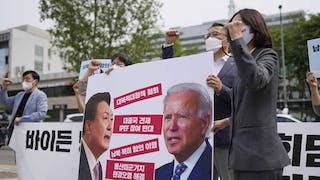 Associated Press When the U.S. and South Korean leaders meet Saturday, North Korea’s nuclear weapons and missile program, already a major focus, may receive extra attention if intelligence predictions of an imminent major weapons demonstration by the North, which is struggling with a COVID-19 outbreak, are right. 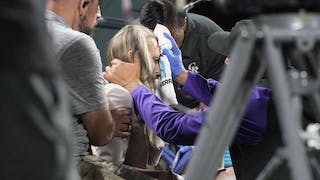 Associated Press AT&T Sportsnet reporter Kelsey Wingert says she’s recovering after being struck in the head by a line drive during the ninth inning of the Colorado Rockies’ game against the San Francisco Giants earlier this week. 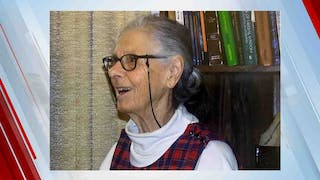 Rosmarie Trapp, Whose Family Inspired ‘Sound Of Music,’ Dies At 93

Associated Press Rosmarie Trapp, whose Austrian family the von Trapps was made famous in the musical and beloved movie “The Sound of Music,” has died. 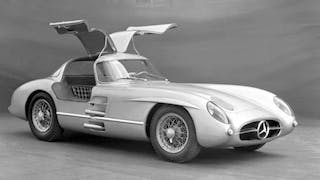 CBS News A 1955 Mercedes-Benz, one of only two of its kind, was auctioned off earlier this month for a whopping 135 million euros ($143 million), making it the most expensive car ever sold, RM Sotheby's announced Thursday.
View More Stories