There's been a lot of talk in Tulsa about river development and getting people to live, work and play downtown. One city in Tennessee is combining those goals. Could Tulsa learn from Memphis?

Memphis, Tennessee, a city along the mighty Mississippi River. Home to Graceland and Elvis. And some say the best barbecue the world has to offer. And of course, there is Beale Street, drawing an estimated 5 million visitors a year. It's the home of the blues and the birthplace of rock and roll. "Man I love the music down here. Blues, live rock, all sorts of good stuff down here," says Memphis visitor Andrew McBride.

Memphis is also receiving attention for another reason. In addition to Beale Street, the blues, barbecue and Elvis, at least in architectural and urban planning circles. Memphis is gaining attention because of a place called Harbor Town.

Harbor Town is a residential neighborhood on Mud Island, which is actually a peninsula on the Mississippi River. The island is a naturally occurring collection of sand and silt. The Army Corps of Engineers reinforced Mud Island back in the 1960's. Nearly 30 years later Harbor Town came about. "It kind of just came out of nowhere. It was just reeds and dirt for a long time. Then somebody said this could be a great place to live," says Memphis resident Mills Ramsey. That somebody was Henry Turley, a longtime Memphis resident and developer. "Privacy, exclusivity is a word that is often used in suburban development. We sort of wanted to flip that on its head."

The result was a shining example of what's called new urbanism, which basically means creating new neighborhoods in urban areas, rather than suburban sprawl. Turley, along with a partner, bought 132 acres on Mud Island in 1989, taking a chance that there was a market for such a neighborhood.

At first, Turley says people were hesitant to buy homes, because the concept of creating a new urban neighborhood was so new. "Now that's generally accepted that people live downtown, live in a dense mixed environment and are pretty darned happy about it." Suzanne Hamm gave the News On 6 a tour of her Harbor Town home where she has lived for seven years. "I like to tell people it's like you are on vacation, yet downtown is right in your backyard."

Harbor Town centers on neighborhood interaction. The homes are built close to the streets. All have big front porches and are two or three stories. Harbor Town resident Sarah Myracle is happy, "the scenery. Itâ€™s so nice. The houses of course are beautiful here." The homes are within walking distance of a neighborhood market. There are other service oriented businesses including a movie rental and pizza place and a medical clinic. A hotel is also under construction. Instead of large yards, there are many shared public areas like parks. "It's built along the concept of community. And the way you build a community is you have people out interacting with each other," says Suzanne Hamm.

Another Harbor Town resident Linda Vacek says "just kind of a real easy, laid back, friendly type of atmosphere that is easy to have a nice time in." Now demand is exceeding supply. People are hungry for the new homes with an old town feel. And in addition to blues, barbecue and the king of rock and roll, there's another thing putting Memphis on the map.

Craig Day asked developer Henry Turley, what advice he would give planners in Tulsa when it comes to riverfront development? â€œIt would be first do it and before that do it well,â€ says Henry Turley. Another concern is flooding. With that in mind, the US Army Corps of Engineers reinforced Mud Island to withstand a 500-year flood. Funding for Harbor Town was private, because when it was first developed, there wasn't the economic climate in Memphis for any public help. But now developer, Henry Turley tells the News On 6, the best case for another Harbor Town type development, would be some type of public/private partnership with a city helping with infrastructure costs like roads.

An added note, the average home cost in Harbor Town is $285,000, which is out of reach for many folks. And by the way, the homes in Harbor Town have appreciated significantly and now go for the highest price per square foot in Memphis.

Henry Turley has a website which has more information about Harbor Town.
---
Craig Day also visited Little Rock, Arkansas last year and looked at their river development. To view 'Cities Develop Downtown Riverfronts,' which aired in November, click here.
---
For information on Tulsa's 'The Channels' project, visit their website at www.tulsachannels.com.
---
News On 6 stories about Tulsa's 'The Channels' project.

The Economic Impact Of 'The Channels'

Tulsans Get A 3-D Look At The Channels River Development

'The Channels' Project Architect Talks About His Vision

What Is Next For 'The Channels'

Creek Nation Could Hold Keys To River Development In Tulsa

New Plans For The Arkansas River In Tulsa 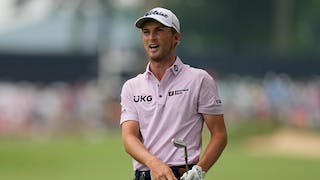 PGA Championship: Will Zalatoris Takes Over The Lead At -9 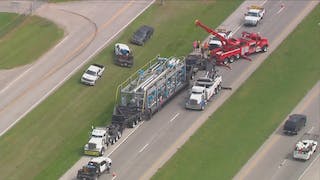 David Prock An overturned semi-truck has shut down northbound Highway 169 near the 46th street north exit in Owasso. 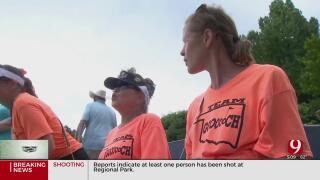 From Midwest City To Southern Hills: Following Talor Gooch At The PGA Championship

News 9 A Midwest City native and former Oklahoma State golfer is in the national spotlight competing in this week's PGA Championship in Tulsa. 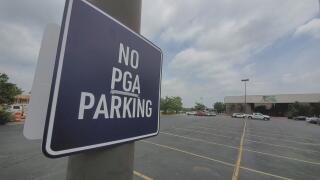 News On 6 Even though Promenade Mall is a designated parking spot, some people had cars towed Thursday because where they shouldn't park wasn't clearly marked. Workers were still trying to fix that this morning. News On 6's Emory Bryan had more. 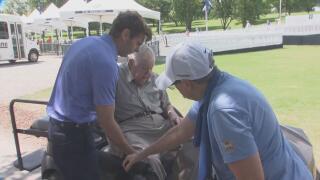 Jonathan Cooper An 85 year old Tulsa man is not letting a disability keep him from attending the PGA Championship. 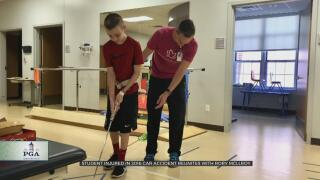 News On 6 Eyes were on the Tiger Woods, Rory McIlroy and Jordan Speith on Thursday, at the 2022 PGA Championship at Southern Hills Country Club. But people may not have noticed the standard-bearer from Broken Arrow for that group, Traden Karch.
View More Stories