SEOUL, South Korea (AP) _ Thousands of people danced and brought flowers in North Korea's capital Friday to celebrate the 65th birthday of ``dear leader'' Kim Jong Il, amid progress in ending its nuclear programs and speculation abroad over who will eventually succeed him.

The ruling Workers' Party and the military threw a banquet to honor Kim, under whose leadership the isolated country has suffered chronic food shortages. The official Korean Central News Agency did not report whether the feast was attended by Kim, who rarely makes public appearances.

Pyongyang's wide boulevards were festooned with flags and banners.

Kim's birthday is one of North Korea's most important holidays and one in which the personality cult inherited from his late father, the country's founder Kim Il Sung, is arguably the most visible.

As on other major holidays, groups of people and soldiers visited a statue of Kim's father, who died in 1994 but is still called the ``eternal president,'' to offer flowers, and bow in respect or salute in the cold morning air.

``At the time of this significant February holiday I want to see President Kim Il Sung more than ever. That's why I've come to this statue early in the morning,'' Ri Un Ha, a North Korean woman, told AP Television News.

North Koreans usually receive benefits such as extra food on holidays, but it remains unclear whether the country can dole out such largesse this year, given chronic food shortages and U.N. sanctions imposed over its Oct. 9 nuclear test.

``Holidays in North Korea mark occasions on which the leadership is obligated to show tangibly its ability to care for the people,'' said Scott Snyder, a senior associate at the Asia Foundation in Washington who served as chief of its Seoul office.

North Korea's leadership ``will be able to perform at a higher level in this area'' amid reduced tensions with the international community following this week's nuclear agreement, Snyder added.

In a breakthrough deal reached in Beijing on Tuesday, the hard-line communist regime agreed to shut down its main nuclear reactor and allow U.N. inspectors back into the country within 60 days.

In return, the energy-starved country would receive aid equal to 50,000 tons of heavy fuel oil from the other countries participating in the six-party talks _ the United States, South Korea, Russia, China and Japan.

``Psychologically, Kim Jong Il would not be in a somber mood,'' said Koh Yu-hwan, a North Korea expert at Seoul's Dongguk University, citing the nuclear deal and the prospect of economic aid.

Still, North Korea kept up its anti-American rhetoric and urged its people to rally around Kim, known as the country's ``dear leader.''

In a joint letter of congratulations to Kim on his birthday, North Korea's Cabinet, ruling party, parliament and military vowed to defend the country from the United States.

``All of the People's Army soldiers and the people will maintain a full combat mobilization posture in response to U.S. imperialists' maneuvers for aggression and mercilessly destroy and mop up the aggressors if they dare to ignite a war,'' KCNA, in a Korean-language report, quoted the letter as saying.

Experts, however, said the harsh language was aimed at bolstering support for the leadership at home. North Korea regularly says the U.S. is plotting an attack, a charge Washington consistently denies.

``It is a declaration of its will to safeguard its internal system,'' Koh said.

Another version of the letter's contents, carried on KCNA's English-language service, used weaker language and did not mention the United States, but lauded Kim as ``the peerlessly great man.''

North Korean media have reported a festive mood in the country, with arts performances and exhibitions of the Kimjongilia _ a red flower cultivated to bloom around Kim's birthday.

Kim Jong Il has not yet publicly named a successor, prompting speculation abroad about who might eventually take the reclusive country's helm and whether he will designate one of his sons _ continuing the world's only communist dynasty.

Japanese Prime Minister Shinzo Abe, whose country has been at odds with North Korea over the abductions of Japanese citizens to be trained as spies, took the occasion of Kim's birthday to urge him to follow through on the Beijing nuclear agreement.

``In order to make it a good birthday, I hope North Korea will implement what the partners have decided at the six-party talks,'' Abe told reporters in Tokyo on Thursday. 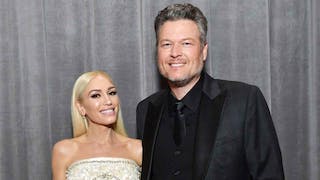 Associated Press Blake Shelton will lend his voice to the Indianapolis 500 as the grand marshal for Sunday’s race. 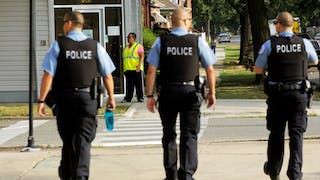 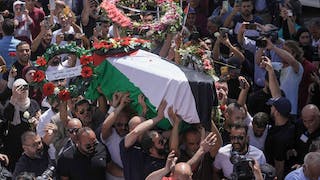 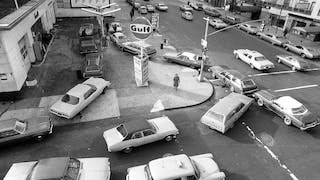 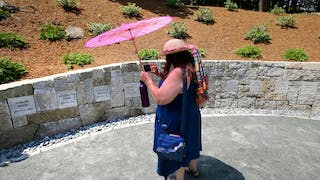 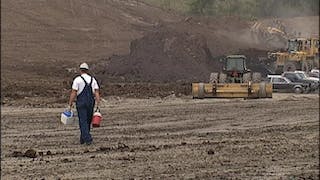 Associated Press Germany’s energy and climate minister said Thursday that the Group of Seven wealthy nations can lead the way on ending the use of coal, a heavily polluting fossil fuel that’s responsible for a large chunk of global greenhouse gas emissions.
View More Stories