Vince Young and Matt Leinart showcased the skills that made them first-round draft picks after super college careers. Young even got a win _ in record-setting fashion.

The third overall pick in this year's draft, Young rallied Tennessee (4-7) from a 21-point deficit in the final quarter Sunday for a 24-21 win over the New York Giants. It was the biggest fourth-quarter comeback by a rookie quarterback, topping John Elway's 19-point rally with Denver on Dec. 11, 1983, against Indianapolis.

``The legend of Vince Young began a long time ago,'' said Titans receiver Brandon Jones, who caught the TD pass that tied the game.

``It's a sneak peek of what's to happen not just for me, but this team in general,'' Young said of a club that has won four of its last six in matching last year's victory total with five games left.

Leinart wasn't so successful for Arizona. He completed 31 of 52 passes for a career-high 405 yards, but had two interceptions and only one TD _ a 9-yard pass to Anquan Boldin with 39 seconds to play _ in a 31-26 loss at Minnesota.

``This is the first time we've played pretty well on the road and had a chance to win at the end,'' Leinart said. ``I thought we showed a lot of fight. ... All around I thought it was a great effort, we just ran out of time.''

On Monday night, Green Bay is at Seattle.

At Nashville, Young ran for a touchdown and threw for two more in the final 9:35, finishing with a career-high 249 yards passing. Rob Bironas kicked a 49-yard field goal with 6 seconds left to win it.

Adam ``Pacman'' Jones intercepted two passes and had a 23-yard punt return that revived his teammates in the fourth quarter.

The comeback topped the Titans' previous best fourth-quarter rally from 15 points on Nov. 1, 1987, against Cincinnati. It was the biggest in the NFL since Indianapolis came back from 21 down in the fourth period at Tampa Bay on Oct. 6, 2003, and won 38-25.

The Giants (6-5) lost their third straight and fell a game behind the Dallas Cowboys (7-4) in the NFC East going into next week's game in the Meadowlands. They were victimized by a penalty and a missed sack on fourth-down plays that could have ended Tennessee's chances.

``I don't have the words to talk about it right now, and I probably won't when I see it. We're going to be sick about this one forever,'' Giants coach Tom Coughlin said.

The Cardinals (2-9) got a 99-yard kickoff return for a touchdown by J.J. Arrington on the opening play of the game and a 99-yard fumble return for a score by Adrian Wilson in the fourth, but couldn't overcome turnovers, penalties and a suddenly productive Vikings offense. The two 99-yard returns were the first pair of such length since Dallas had a 101- and 100-yarder in 1962.

Dennis Green lost in his return to the Metrodome, where he coached the Vikings for 10 seasons.

Playing on their new artificial turf, the Patriots (8-3) persevered against the Bears (9-2), who had allowed the fewest points in the league, 120. But New England was the second stingiest at 131.

The Bears had five takeaways, including Charles Tillman's second interception.

Addai opened the game by sandwiching a 10-yard score around two 15-yard runs to give Indy a 21-0 lead. He added a late 4-yard run. The rookie running back finished with 171 yards.

Lenny Moore, Lydell Mitchell and Eric Dickerson are the only other Colts players with four TDs in one game.

The Colts (10-1) can clinch their fourth straight AFC South title with a win at Tennessee next week.

Philadelphia (5-6) played its first game without Donovan McNabb, who will miss the rest of the season with a torn knee ligament. Brian Westbrook ran 20 times for 124 yards and one touchdown, becoming the first Eagles player since Wilbert Montgomery in 1981 to produce three straight 100-yard games.

Any chance the Steelers had of returning to the Super Bowl might have been laid to rest by the Ravens.

The host Ravens sacked Ben Roethlisberger nine times and coasted to their fifth straight victory, dropping Pittsburgh to 4-7. Baltimore (9-2) limited the defending NFL champions to 36 yards in the decisive first half. The nine sacks totaled 73 yards and matched a Ravens franchise record.

It was the second time this year that the Steelers were shut out; the last time Pittsburgh was blanked at least twice in a season was in 1989.

At Cleveland, Cincinnati picked off Charlie Frye four times and Carson Palmer threw three touchdown passes. The shutout was the Bengals' first since Dec. 3, 1989, a span of 269 games.

Palmer finished 25-of-32 for 275 yards and connected with Chris Henry for two TD passes as the Bengals (6-5) stayed in the AFC playoff race by beating Cleveland for the fifth straight time.

Before piling up yardage during extended garbage time in the fourth quarter, the Browns (3-8) had only 167 yards _ 21 rushing _ after three quarters. By then, they were down 30-0 and on their way to dropping to 1-5 at home.

Following an interception, Browns receiver Braylon Edwards and Frye angrily exchanged words and had to be separated.

At San Diego, LaDainian Tomlinson keyed yet another second-half rally to give the AFC West-leading Chargers (9-2) their fifth straight win.

Tomlinson, in the midst of an MVP-type season, rushed for two touchdowns and threw for another. He has 24 touchdowns this season, needing five in the last five games to break the NFL record of 28 set by Shaun Alexander during his MVP season of 2005.

Tomlinson threw a 19-yard touchdown pass to tight end Antonio Gates to tie the game at 14. Tomlinson threw his second TD pass of the season and the sixth of his career.

After the Raiders (2-9) punted, Tomlinson broke a 44-yard run on first down, then capped the drive with a 10-yard scoring run. It was his 21st touchdown in seven games.

At Atlanta, Drew Brees threw a 76-yard touchdown to Devery Henderson on the third play of the game, then lofted a 48-yarder to Terrance Copper on the final play of the first half. Brees completed 21-of-30 for 349 yards, his the fifth straight 300-yard game

New Orleans bounced back from losing three of four, boosted its playoff hopes and delivered a crushing blow to its NFC South rival. The Saints (7-4) won without rookie star Marques Colston, who didn't play because of a sprained ankle.

Vick challenged his NFL record for yards rushing by a quarterback, coming up 7 short of his 173-yard performance in an overtime victory at Minnesota in 2002.

Chris Cooley's 66-yard touchdown reception won it. Cooley broke several tackles with 4:26 to play to break a two-game losing streak for the Redskins (4-7) and give quarterback Jason Campbell his first win in his second NFL start.

Ladell Betts, the Redskins' featured running back now that Clinton Portis is out for the year, ran for 104 yards on 24 carries.

The Redskins defense held the Panthers (6-5) to 264 total yards. Steve Smith gave the Panthers a 13-10 lead with 7:55 to play with a spectacular 8-yard catch in the back of the end zone.

J.P. Losman hit Roscoe Parrish for a 30-yard completion to set up Rian Lindell's 42-yard field goal as time ran out. The Bills (5-6) scored 28 seconds after the Jaguars tied it when David Garrard hit Matt Jones for a 3-yard touchdown.

Bills running back Willis McGahee had 63 yards rushing and two touchdowns in his first game after missing the past two with broken ribs. Parrish also scored on an 82-yard punt return.

Chad Pennington had his finest passing day in weeks, throwing for 286 yards and a touchdown. Pennington, who left briefly in the third quarter after an injury scare, finished 24-of-31. He connected with Laveranues Coles nine times for 111 yards, including a 12-yard touchdown in the third quarter. Jerricho Cotchery had seven catches for 110 yards.

Mike Nugent tied a career high with four field goals, including a career-long 54-yarder for the host Jets (6-5).

At St. Louis, Marc Bulger threw a 5-yard touchdown pass to Kevin Curtis with 27 seconds to go and the Rams (5-6) snapped a five-game skid. Stymied much of the game, Bulger was 9-for-9 for 66 yards during a 12-play, 80-yard drive for the winning score. He finished 23-for-34 for 201 yards with one touchdown and one interception.

After being limited to 27 yards last week, Steven Jackson had 121 yards on 23 carries, with a 36-yard scoring run in the first half. He also made nine receptions for 71 yards. 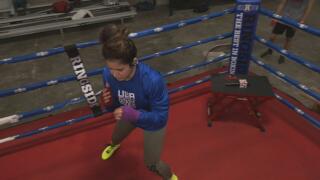 Daniel Hawk Boxing is one of the oldest sports in the world. The Tulsa Engine Room, with the help of owner Aaron Sloan, is putting the boxing gloves to a whole new test. 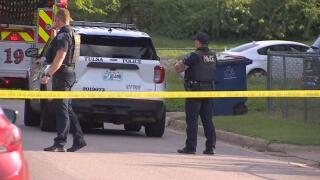 News On 6 Authorities are investigating a homicide after a shooting at North Frankfort Avenue in Tulsa Tuesday night, TPD said. 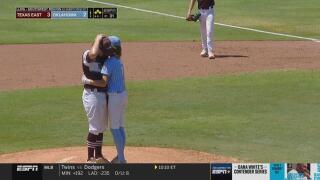 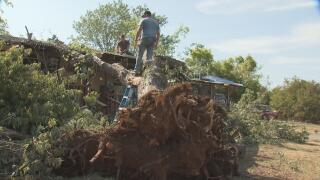 Ashlyn Brothers Residents near McAlester are cleaning up debris after severe storms swept through town early this morning. 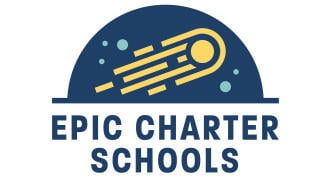 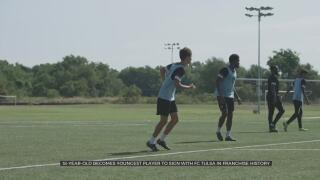