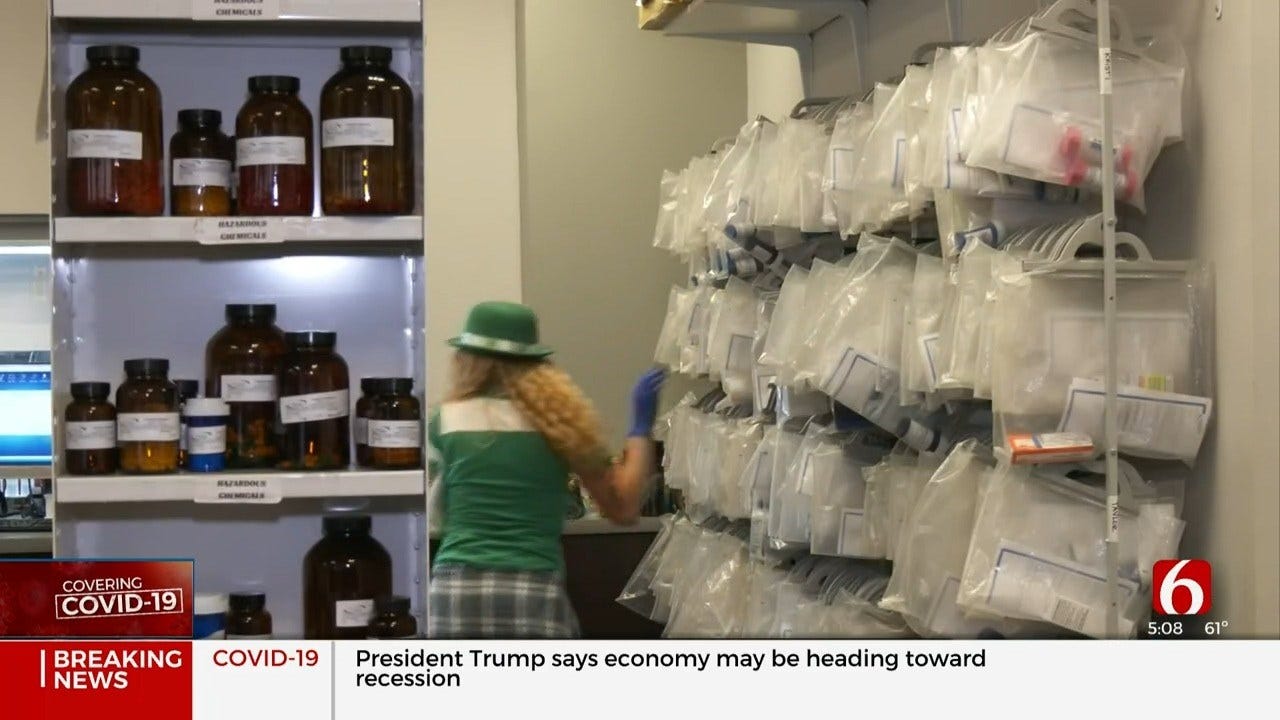 A locally owned pharmacy company urges people to stock up on a month or so of their prescription medications rather than three months.

CareFirst Pharmacy said if people keep trying to get a three-month supply of their medication, they may run out and it would be better for everyone to get some medicine, than a few people get all of it.

Right now, the front doors are closed at CareFirst but the employees are still working.

Right now, they are drive through only.

Don Edgar comes here once a month to get his medication. Today, he got a routine vaccine in the parking lot.

“It’s a good idea, said Edgar. “It protects everybody. The people in the pharmacy and the public.”

CareFirst Pharmacy said they will do whatever they can to get their customers their medication, but they need a little bit of help from the public.

“There is a fear down the line if everyone rushes out to get a three-month supply that we could see a shortage of some essential medications,” said Brian Highfill, a Pharmacist at CareFirst.

Highfill said they get a lot of their supplies for medication from China and India.

He said if people panic, it could lead to a shortage.

“If everyone rushed in then we are afraid that the pharmacy shelves would start looking like the grocery store shelves,” said Highfill. “There would be big gaps in what people need. That’s what we are Trying to avoid.”

Highfill said they are encouraging customers to only pick up a one-month supply of medication for now.

He said that will help keep them from overwhelming the drug supply chain.

“It’s tough,” said Highfill. “People definitely want to take care of themselves. Which I understand. I want everyone to have the medicine they need but it is also Difficult to ask People to think about others.”