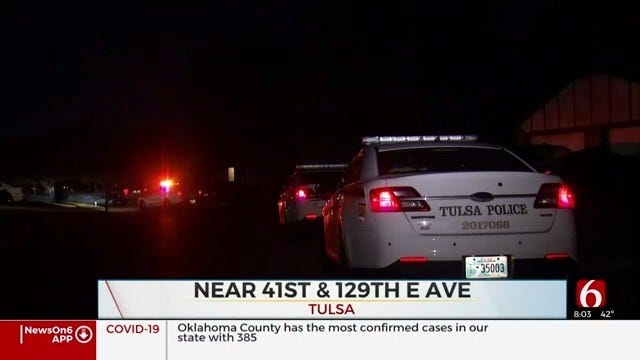 Tulsa Police said someone shot up a house two times in about two hours overnight in a neighborhood near 41st and 129th East Avenue.

Police said the shooters were targeting the same house both times.

No people were hit... but bullets hit the house and at least three vehicles parked nearby.

Police arrived and say the person living in the house wasn't being cooperative... so they've now gotten a search warrant to get into the home and investigate.

We were there as officers went into the home - but they haven't told us yet what they found.

We are hoping to get those details later this morning.

If you know anything that can help police in this investigation - call Crime Stoppers at 918-596-COPS.