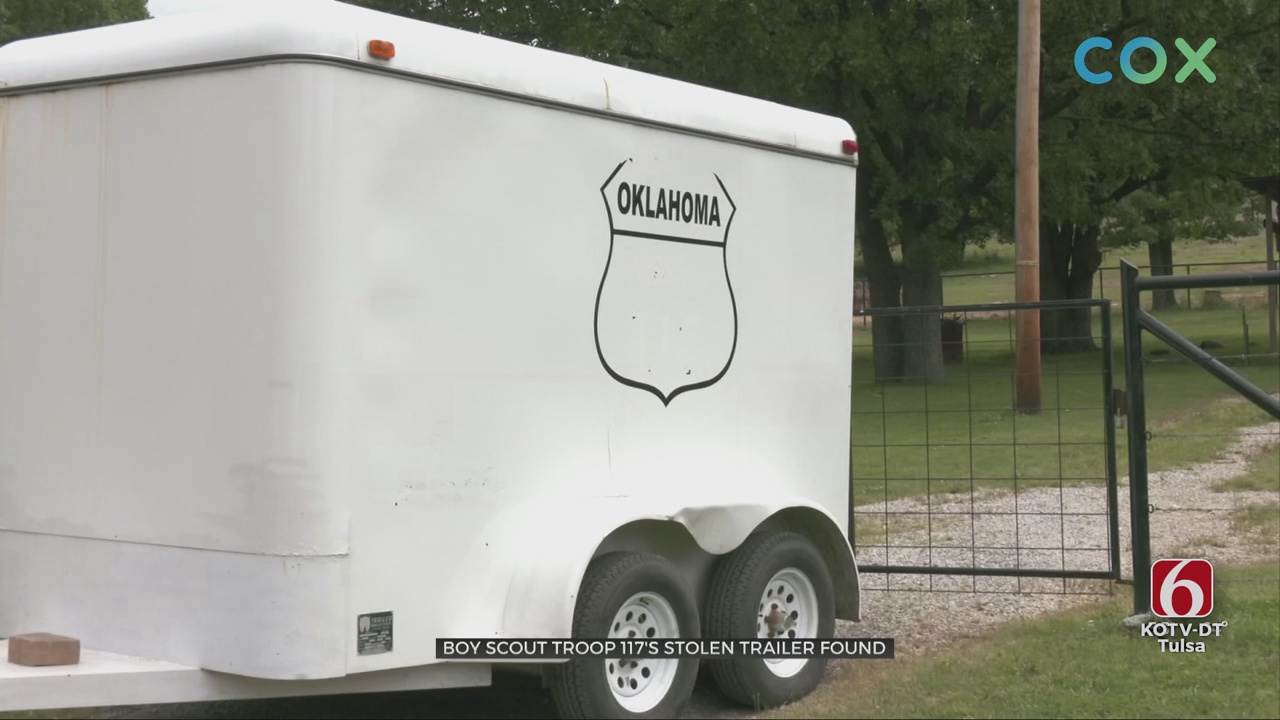 Sunday seemed like another day the Boy Scouts Troop 117’s trailer would be gone but that was not the case.

The trailer was found near 69th West Avenue in Tulsa.

“I’m excited about someone calling it in and getting it back,” Boy Scouts Troop 117 Leader Richard Gann said.

Gann said the Boy Scouts’ trailer was stolen in broad daylight Friday at the First United Methodist Church in Bixby.

Surveillance video from the church’s parking lot showed a blue Dodge taking off with the trailer full of two decades worth of the troop’s camping gear.

Two days later, the trailer was found in a rural area of Tulsa. However, not everything was returned.

“We had some canned stoves missing along with some lamps, coffee pot and our water,” Gann said.

Gann hopes the person in the blue Dodge would choose a better path rather than stealing from kids.

“I just hope you realize you are wrong and that you didn’t completely destroy everything,” Gann said.

The troop plans to replace what was stolen.