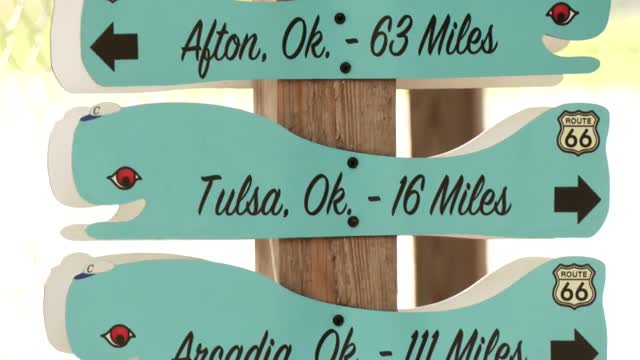 The Blue Whale in Catoosa has been around for about 50 years, and now the Route 66 icon has a new owner.

The City of Catoosa is giving the Blue Whale some TLC. That's because the city bought the mother road attraction and its surrounding 24 acres about 4 months ago for nearly $2 million.

"This is humongous, this is fantastic," said Jyr, a Blue Whale visitor.

Jyr is from Dallas and is stopping at various route 66 landmarks with his wife. He said the Blue Whale was high on his list.

"I was told highly recommended the statue behind me, the Blue Whale is one of the must-sees, so here I am with my wife today," Jyr said.

The City manager said they’ve worked to clean up the pond area and plan to build bigger bathrooms to accommodate all the visitors who travel along America’s main street through Catoosa every year, tourists like Jyr.

"It's such a beautiful park here, the city is doing a good job," he said.

The city also plans to build a path around the pond for travelers to take a short walk and stretch their legs. Jyr hopes more people come to see the Blue Whale and enjoy it as much as he did.

"I think this is such a big iconic part of the Route 66, so they should do more promotions, attract more tourists, either local or international tourists, to come here and visit," he said.

Some locals might remember when you could swim in the pond, but the city said that's not allowed and there are no plans to change that.