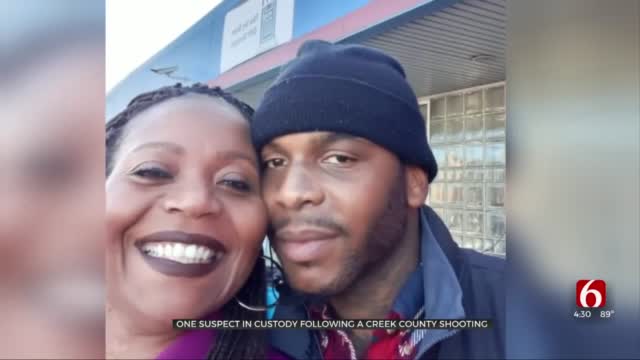 A suspect is in custody following a deadly shooting at a home in Creek County that happened on Monday.

Smith was arrested on suspicion of first-degree murder in connection with the death of 25-year-old Tyris Boyd.

Boyd's mother said her son was shot several times in the head, back, and leg.

Williams said she was helping him move out of his home after an argument with his girlfriend.

She said when they were taking a television and other items to her car, someone shot at them, hitting Boyd.

Court records show that Smith was arrested in 2011 for DUI and drugs, along with driving with a suspended license.