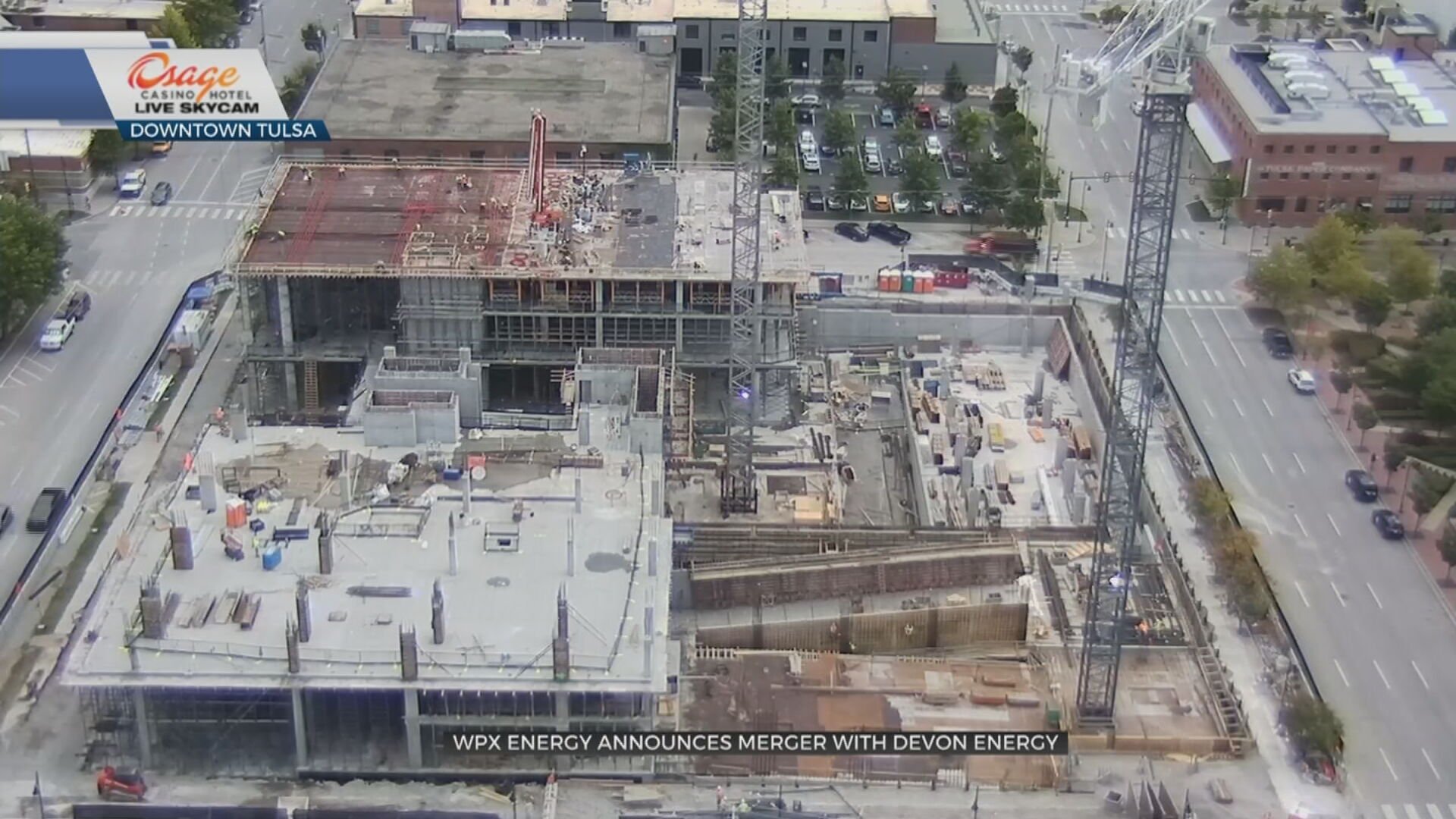 Tulsa's WPX Energy has announced plans to merge with Devon Energy, which means hundreds of local jobs will move to Oklahoma City.

In a press release, WPX Energy calls it "a merger of equals" and said it creates "a leading unconventional oil producer in the U.S." The deal includes WPX's new $100 million headquarters in downtown Tulsa that's still under construction.

WPX said it will complete the building and then sell it. As for their employees, some will move but some might lose their jobs.

"They are moving forward on the construction of that project, but who ultimately owns that building or the tenants, that's going to have to be worked out with the details of the merger," Mayor G.T. Bynum said.

Oklahoma City-based Devon is buying WPX and will fold it into their operations and their headquarters. It's uncertain how many of the approximately 350 employees will also make the move.

"Two solid companies, merging to become even stronger," University of Tulsa professor Tom Seng said. Send said the merger is ultimately the fallout from the pandemic that crushed oil consumption.

The Tulsa Chamber said it's optimistic there will be enough demand for downtown office space to fill the new building once it's done.

"It's going to be a prominent building in the skyline of Tulsa that might be filled with employees from companies that are here or companies we recruit here in the future," Mike Neal, CEO of Tulsa Chamber said.

WPX said the merger will be complete next spring, about the time their now unneeded headquarters building will finish its 11-story construction project.

The merger is a $2.5 billion deal that eliminates one of Tulsa's largest oil exploration companies. There are larger oil companies still in Tulsa in other aspects of the industry.

Emory Bryan The polls opened at 8 a.m., but in Tulsa County a long line formed before then and has continued.

Emory Bryan The polls opened at 8 a.m., but in Tulsa County a long line formed before then and has continued.
View More Stories

Emory Bryan The polls opened at 8 a.m., but in Tulsa County a long line formed before then and has continued.

Emory Bryan Thousands of people will lose their jobs across the country, including some in Green Country as the world’s largest airline reduced its workforce Thursday by 19,000 employees.
View More Stories

Gabe Castillo OHP troopers have identified the driver killed in a deadly crash along I-44 just west of Highway 75 on Tuesday night.

Associated Press A 15-year-old boy was charged Wednesday with murder, terrorism and other counts for a shooting that killed four fellow students and injured others at Michigan’s Oxford High School.

News On 6 Tulsa police have identified the suspect involved in a shootout with police at Tulsa International Airport on Wednesday morning.

Alex Cameron Hundreds of demonstrators both pro-choice and pro-life held competing rallies outside the Supreme Court Wednesday as the justices heard arguments in a Mississippi case that could potentially overturn Roe v. Wade, the landmark 1973 decision that legalized abortion across the country.

Associated Press A person in California became the first in the U.S. to have an identified case of the COVID-19 omicron variant, the White House announced Wednesday as scientists continue to study the risks posed by the new strain of the virus.

News On 6 Oklahoma State fans across the state may be pleased to see some billboards for OSU upcoming game against Baylor for the Big 12 Championship in Arlington Texas on Saturday.
View More Stories