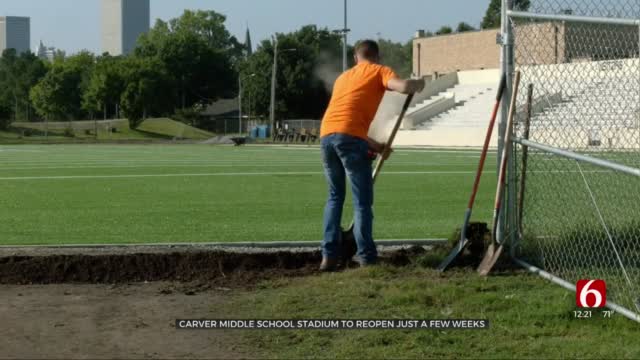 Tulsa Public Schools says it'll reopen the stadium at Carver Middle School within the next few weeks, bringing football games back to the community for the first time in several years.

According to TPS officials, games haven't been played at the Carver stadium since 2013.

Executive athletic director Gil Cloud said he walked the old field with sports medicine and grounds experts and determined that it was unsafe at the time.

According to Cloud, bringing games back to Carver will be a big deal for this community.

“It’ll liven back up again because during the fall, we’ll have people coming here to games and that means businesses up and down the street will get extra people coming in," said Cloud.

The first game is October 22.