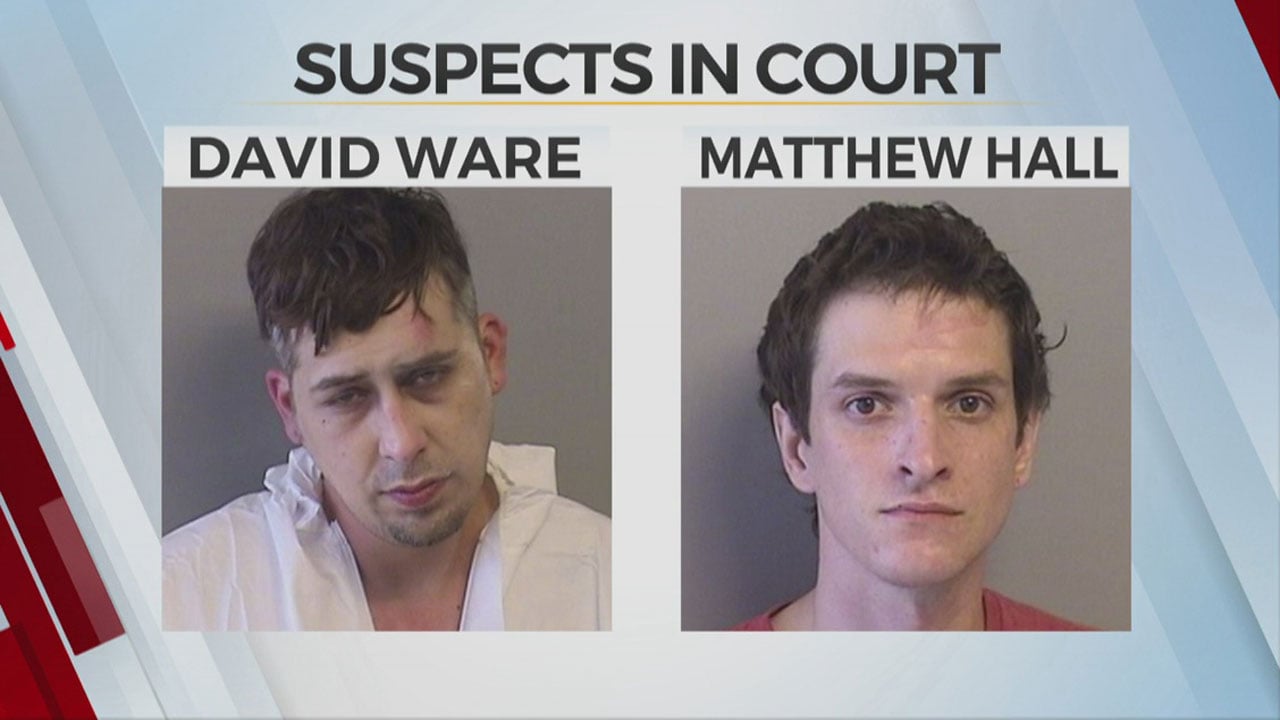 David Ware, the man accused of killing a Tulsa Police officer and injuring another officer, and Matthew Hall, the man accused of aiding in the getaway, appeared in court Monday morning. These two cases have been moving through the courts together but they will soon be separated, with Ware going into a potential death penalty trial, and Hall now set for trial that could turn into a plea deal.

Ware appeared in court, masked up, in handcuffs, and on Monday the state agreed to pay for his defense attorney; they'll be back to court in two weeks on October 19. In September a judge ruled to release both body and dashcam video of the shooting.

Matthew Hall, the accused driver, was facing a charge of accessory to murder but courts have ruled that only applies if the victim dies in the presence of the suspect.

"We had to amend that charge to accessory to shooting with intent to kill, so he's still charged with two felony crimes, very serious crimes, like every case, he's got the presumption of innocence. The trial has been set for January 4th and we'll move forward on that case," said Tulsa County DA Steve Kunzweiler.