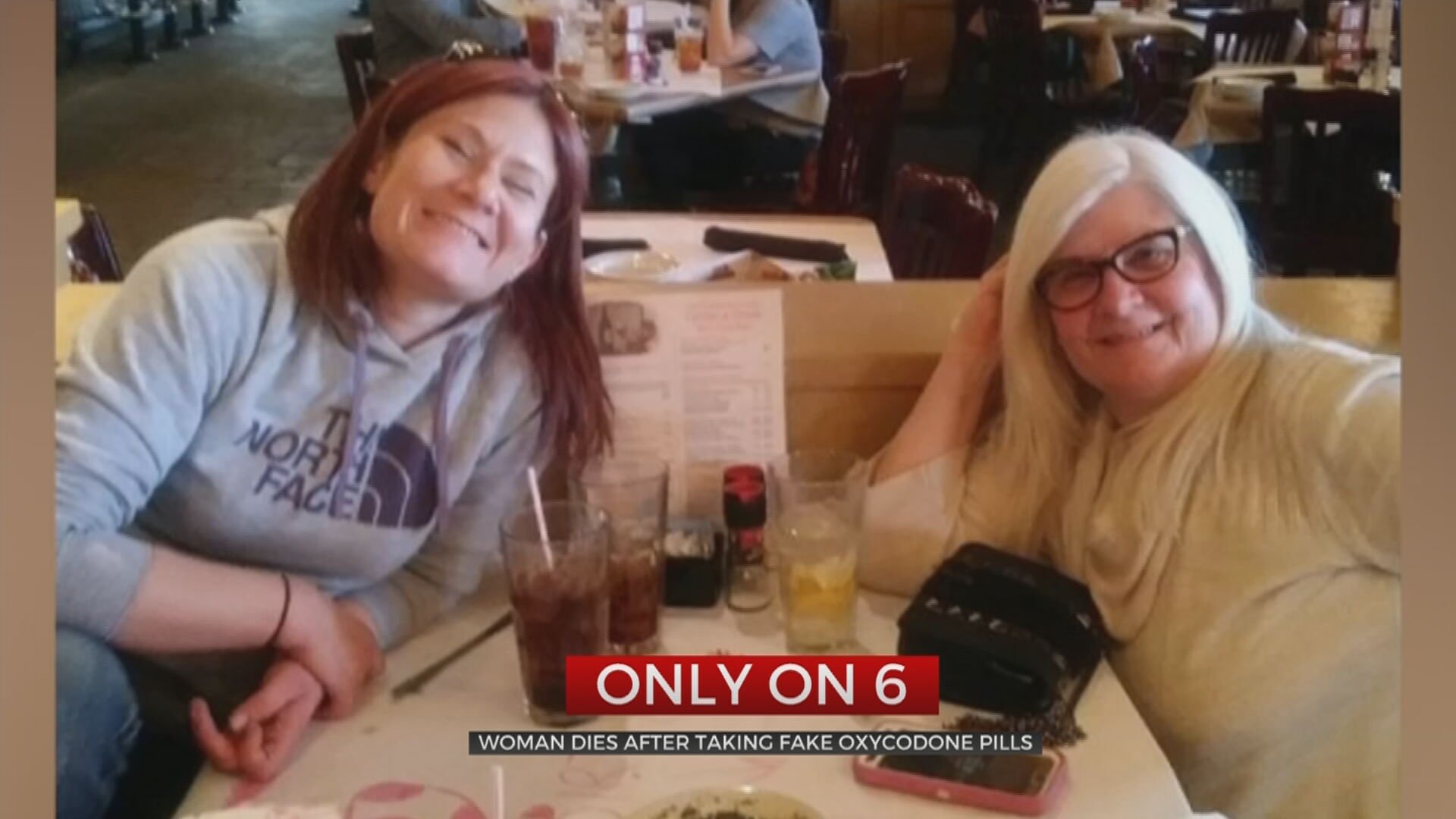 A Tulsa woman's daughter is now dead after taking what she thought were pain pills but were actually fentanyl.

The Oklahoma Bureau of Narcotics said fake oxycodone pills have killed at least ten people in the last five months. Emily Sparks is one of them.

Like many, Gayle Prentice always thought it wouldn’t happen to her. She said her daughter, Sparks, had been using drugs for half her life, and now she's gone. Prentice wants people to know, this could happen to you, this could be your daughter.

Prentice is holding onto the memories of who her daughter was before drugs took over her life. Prentice said Sparks was a loving, sweet and compassionate woman and then she got mixed up in a bad crowd.

"I lost my husband a few years ago and that was hard, but losing your child, especially under tragic circumstances like that, and it didn't have to happen,” Prentice said. “There's just a huge piece of my heart missing now.”

Prentice said the weekend Sparks died, Sparks had some back pain, so she bought some pain pills from someone off the street. The pills had fentanyl in them and killed her.

“It's horribly senseless,” said Prentice. “It didn't have to happen."

The Oklahoma Bureau of Narcotics said Fentanyl is cheap and powerful, 100 to a thousand times more potent than Morphine or heroin.

They said the real oxy pills and fake ones look almost exactly alike.

Prentice said she feels like she has a purpose now, to use her daughter’s tragic death to wake others up.

"Just pay attention. I've been through it. I never thought I'd be sitting here with my daughter who died of an overdose,” Prentice said. “I always fear it might happen, but I thought ‘nah it's not going to happen, but it's going to happen.”

Emily leaves behind a 13-year-old son. Prentice said it breaks her heart to see him grow up without his mother.