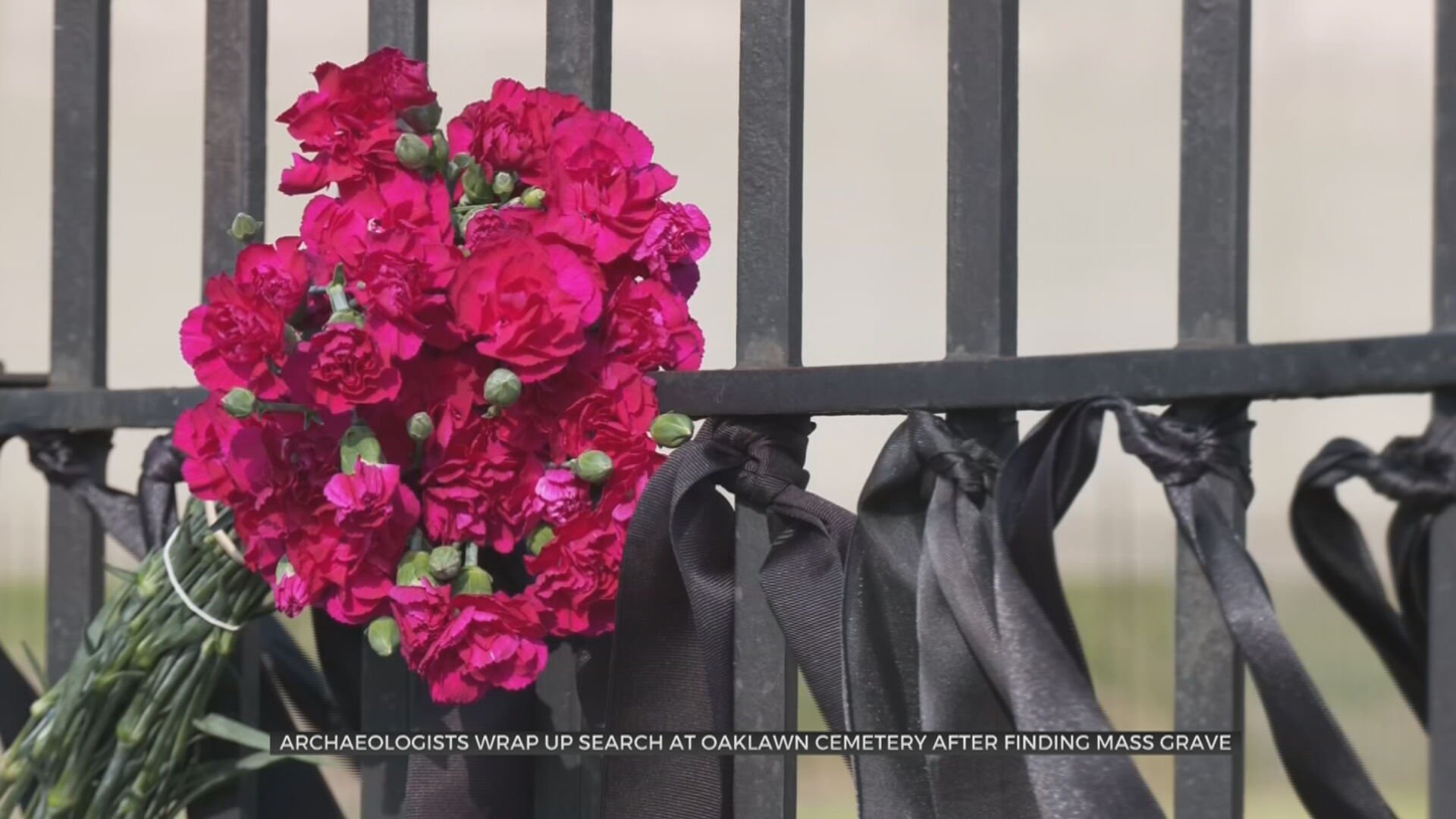 Archaeologists are finishing their work at Oaklawn Cemetery, where crews found a mass grave in the search for victims from the 1921 Tulsa Race Massacre.

As crews wrap up their work, scientists believe they’ve found human remains from 12 people at Oaklawn. The remains were found in the area known as the “Original 18” site, near two headstones from known victims of the race massacre.

The mass grave and the other trench will be filled in carefully before the team leaves in order to protect the remains.

11 ribbons and some flowers have been tied to the fence at Oaklawn, alongside a sign that reads ‘Never Forget 1921.’

Archaeologists said it’s too soon to know if the remains are tied to the massacre.