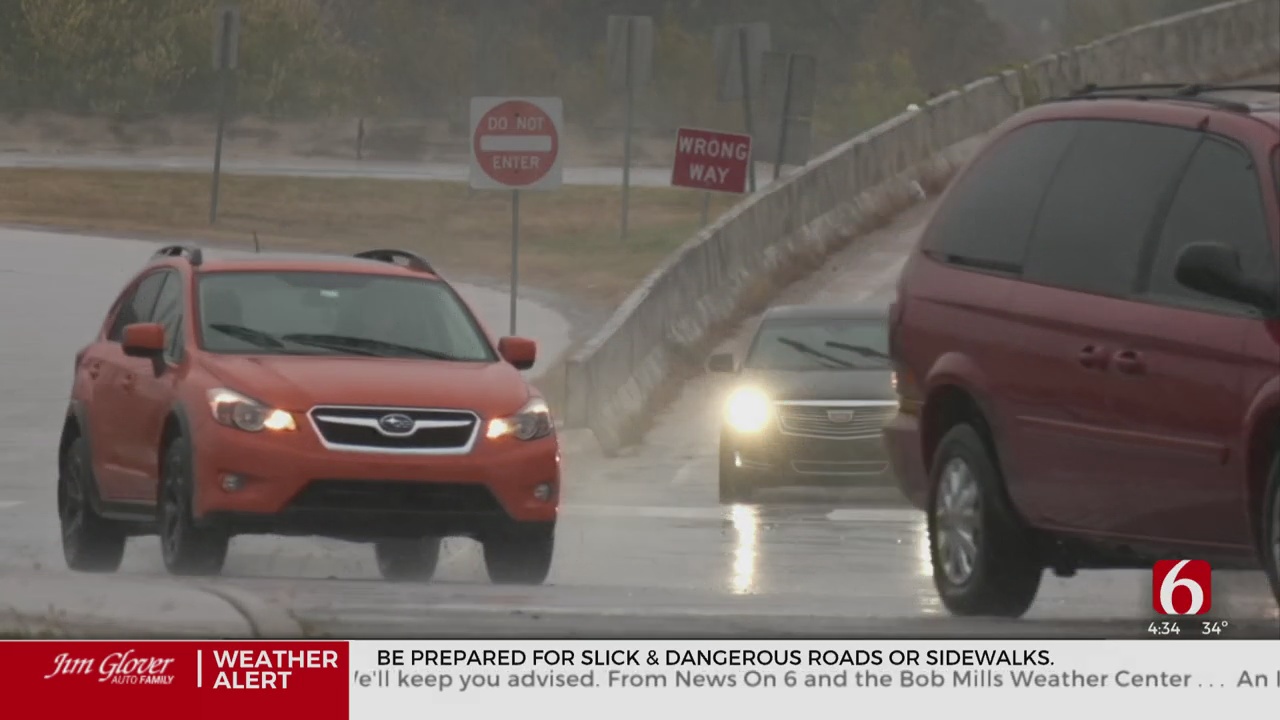 It's called the Sperry Piltz Ice Accumulation Index (SPIA) and much like the scales used for hurricanes and tornados, it combines weather data to determine how damaging an ice storm could be.

Green Country is getting lots of rain and with advisories and warnings issued for several parts of Oklahoma, ice is shaping up to be a big issue.

"We could see just a lot neighborhood power outages across wherever the heaviest ice lays out which really is from southwest Oklahoma across the Oklahoma City Metro and up towards Osage and Pawnee counties," said National Weather Service Meteorologist Steve Piltz.

"That means there will be quite a few power outages and we're already seeing that," Plitz said. "It also means that some areas may be out of power for a couple of days, at least in the most hard-hit areas."

Piltz said the ice index was developed in 2007, a year many will remember for devastating ice storm damage. He said the index helps people in emergency management prepare for big storms like that.

"It gives them more time to respond so they don't fall behind the power curve quite so quickly," Plitz said. "It's a good way to look forward and it's a good way to get ahead of the storm."

He said with this upcoming storm, the fact that leaves are still on trees will make a big impact, so a quarter-inch of ice can become more damaging than normal.

"That's not too bad but then you put those on the leaves and then around the neighborhoods where those power lines are exposed to having branches fall on them, that's when this event will probably be known as a little worse than people wanted it to be,” said Piltz.

For more information on the SPIA Index, visit the website here.

Center For Public Secrets To Showcase Art Made During Pandemic