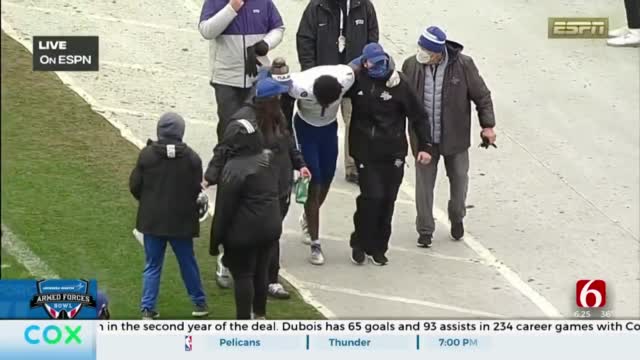 What has been a positive football season for the University of Tulsa ended Thursday in a very negative way after a large brawl broke out at the end of the Armed Forces Bowl in Fort Worth, Texas.

The Golden Hurricane fell 26-28 to Mississippi State in a physical game with chippy moments throughout. The altercation after the game involved players and coaches from both sides of the field.

"I'm not sure what exactly caused that, but there was something before the game too. We've never had any problem with that the entire season, so I can only guess without seeing the film," Mississippi State Head Coach Mike Leach said of the post-game brawl. "Don't do it anymore. Well, it's just dumb. There was some of that stuff going back and forth in the course of the game, which any of it on our side I don't want to see because I feel like I got shorted 15, 30 yards on deals where if we just kept our mouth shut."

"We talk about faith, family, football and family is going to take care of family," TU Head Coach Philip Montgomery said after the game.

News On 6 at Noon Newscast (December 2)